I know in my own backyard, The Idaho Statesman has reported several rounds of layoffs in the past few years due to the encroachment of digital on print subscriptions and advertising, and to a different economy.  However, most of the cuts have been across-the-board.

In a news story published May 30, the Chicago Sun-Times announced a layoff of its entire photojournalism staff.

The move seems to harken the idea that tablets and iphones are making photojournalists of us all.

At the JEA San Francisco conference, Michael Hernandez taught a broadcast session titled, “iPhoeography for video journalism.”  I remember sitting there watching Hernandez create, edit, and show a video in less than an hour via his iPad.

I walked out of the session, and a man walking beside me looked over, asked me if I’d ever seen anything like that, and said, “this changes everything.”  At the time, I remember only feeling proud of the JEA Digital Committee and its having such stellar members and sessions at JEA conferences.  Now, looking back, this participant had seen something much more visionary than I had.

The Sun-Times official statement posted in an on-line article from Gawker stated:

The Sun-Times business is changing rapidly and our audiences are consistently seeking more video content with their news. We have made great progress in meeting this demand and are focused on bolstering our reporting capabilities with video and other multimedia elements. The Chicago Sun-Times continues to evolve with our digitally savvy customers, and as a result, we have had to restructure the way we manage multimedia, including photography, across the network.

Like many trends I discover, I initially found out about the Sun-Times layoffs through the JEA’s listserv.

10 Essentials of starting a broadcast program

June 15, 2012 Don Goble Comments Off on 10 Essentials of starting a broadcast program 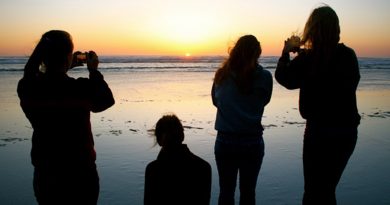 One thought on “Photography, videography skills a must for new journalists, especially now”