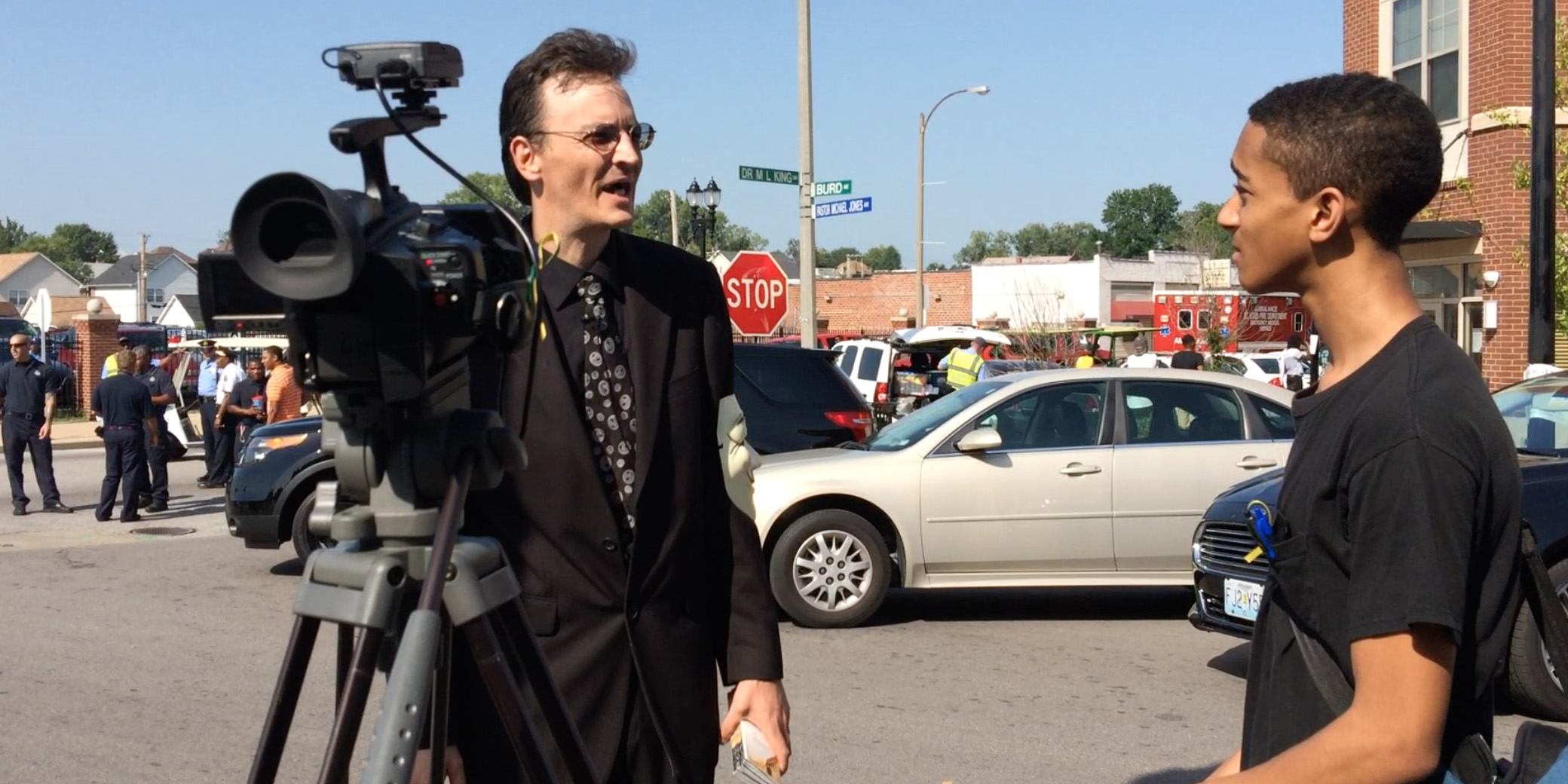 Have you found yourself saying any of these, or other statements, as they relate to “broadcast,” and why you can’t do it? I hear these complaints often in my travels, and they fill my inbox on a daily basis.

So how could we define broadcast, in terms of scholastic journalism at our schools?

I don’t see the words, green screen, television studio, or morning announcements in the definition above.

Did you know that Internet video is expected to account for about 84 percent of all U.S. Internet traffic in four years, up from its current 78 percent, according to Cisco? So how does this rising trend of information translate to broadcast?

Broadcast does not have to be a daunting, stressful, expensive, anxiety-ridden experience.

Rather, let’s simplify the term, as I choose to do, and relate “broadcast” to how actual news agencies and audiences have defined the term for the last few years, by creating online video content to tell stories to many people, across multiple platforms.

According to a 2013 Poynter Institute analysis from a New York Times study, “34% of millennials surveyed watch mostly online video or no broadcast television.”

However, that same study also found that “users reported spending the most time with funny videos, movie clips, music videos and then news.” I see this as alarming, and yet possibly changing, in our news culture.

The study suggests viewers are used to associating videos with content other news. Yet, when breaking news occurs, for example the Ferguson grand jury decision, millions of eyes were tuned into the television or device, to watch the “broadcast” video of the prosecutor’s decision. Inevitably, viewers then began to immediately engage on social media.

In addition, as the events unfolded in Ferguson, broadcast videos from professional agencies, as well as citizen journalists, began documenting the chaos.

In fact, according to the PewRearch Journalism Project, “digital video will clearly be a part of how consumers get content, including news, in the coming years.” I argue that we are already there.

I challenge you and your scholastic journalism publications to incorporate broadcast videos in whatever means you can and with whatever equipment or devices are present within your school or student staff. Online video is the new form of “broadcast” that must be adopted and deployed.

Create a sixty second short news package. Upload raw video footage from an event. Interview an expert with your mobile device and edit on your phone with iMovie. There are so many ways to adopt this form of broadcast…I know you can find one.

Understanding what a broadcast video is, how to produce a broadcast story, and why to do so are critical skills our student journalists need to acquire prior to college. Don’t worry about the studio, green screen or equipment. Those are nice to haves.

Instead, realize it’s our job as advisers to offer our student journalists the actual opportunities professional journalists are engaging in; writing, photography, video, publishing, social media, and more. It’s a responsibility I don’t take lightly.

Do you agree? Why or why not? Comment below and discuss this topic with me. 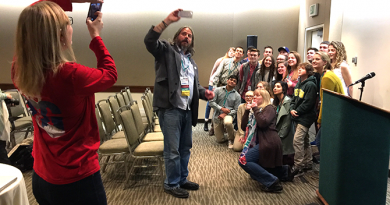 We’re looking for judges for online and broadcast/video contests. Would you like to help?