Professional videographer John Woody took his iPhone 5s to Europe to shoot a series of camera tests.  The results are surprising, and show the possibilities for mobile journalism or video journalists who are on a budget. -Editor

In 2010, I retired from full-time university teaching after thirty years of teaching video and post-production at James Madison University. With ample time on my hands, I began getting back into client work and invested heavily in cameras, edit systems, and advanced field support equipment. After a few years, I really needed a break and decided to take my wife and older son to Italy and Greece for some R&R.

On some of my past major trips I had always taken one of my pro cameras (Canon XF300 or Sony F3) to get some great shots of the trip. For the Italy-Greece trip I decided to go light. I had just purchased a new Apple iPhone 5s and was pretty amazed at the video quality. It was a great choice. I took over 1,600 video clips and about 2,400 stills. I also never used a tripod or handgrip. That helped with going light for sure! After 22 days, we returned after visiting Venice, Corfu, Santorini, Mykonos, Olympia, back to Venice again, Florence, Siena, and Rome. Simply an awesome and inspiring trip!

In a few weeks, I logged and transferred all my clips and stills and began editing some simple montages in Final Cut Pro X (Click here to see all of the Italy-Greece Videos). Many of the shots were simply stunning coming from the iPhone 5s. I could tell that most would work in an edit, but some just had major issues… primarily with rolling shutter aberrations.

So, after hours of editing I decided to post on Facebook what I learned about using the iPhone 5s for semi-pro video work. Here they are:

I posted the videos on my web page and so far have had over 1,200 visits. Really had fun trying to capture how the city really felt to my family. Early morning, late afternoon excursions really helped with getting some great golden hour shots.

Hope this helps if you plan on using your iPhone 5s to shoot some video.

John Woody is a nationally award-winning producer who has made documentaries and instructional videos for organizations like The Smithsonian, General Dynamics, University of Virginia and more.  He was named an Apple Distinguished Educator in 2001. 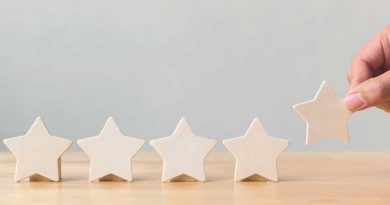 5 Tips To Drive More Traffic to Your Staff’s Website

One thought on “Shooting HD Video With the iPhone 5s”