Watch this video soundbite, from a young lady who worked in a homeless youth outreach center.

Pretty powerful, definitely full of passion, but in the end, it did not make it into the latest edition of HTV Magazine, a special program called “Homeless in the Heartland.” You can see the show now on our home page.

Nine students shot footage for almost three months for the 35-minute final program. What I loved, loved, loved about this project is how it forced kids to make so many decisions each step of the way. Of course, editing video is all about making decisions all the time–what to leave in, what to leave out. When you are talking about how each shot, each soundbite, may or may not fit into the final show, it forces everyone to think critically, because this show, more than any other we have produced in 24 years, demanded justification for every single shot. That is because the show veers from the usual HTV format of intro/segment/intro/segment. Instead, this is one intertwining story of how homelessness among our youth is such a real, and challenging problem in our city.

We left out so many things, but isn’t that always the case, even in a shorter, two-minute segment?

Teachers ask me all the time at the ASB Workshop how kids learn to do that, and I think it is at least a two-step process. First, make them stick to a focus statement. Otherwise, they will wander away from the subject, and end up with a bunch of loose ends.

Second, give them much-needed, critical feedback. You are the adviser, so advise. My kids want that. It is not personal, and is always focused on making the final piece better. See if there are gaps, ask them why the included this or that, make sure there is a beginning, middle and end.

When I look back at almost three months of shooting, and all the footage our Executive Producer, Kaley Prier, knew every frame of, I am amazed at how it all fit together to tell a powerful story. And Kaley had her own favorite clips even she had to kill for the good of the show.

So maybe the best take-away from this experience is this: “Just because you know it, you don’t have to show it.” That may be awkward sentence structure, but it is such a simple way to remind kids that not everything they learn about their topic has to be reported. Stay on-topic, and be willing to drop things that do not feed the focus statement.

Here is an example of some things we did not include in the “Homeless in the Heartland” program:

Those are just a few of the things we left out of the show. You can see bonus clips and extra material here.

I can safely say this was one of the best learning experiences my students have ever had on HTV. I know it was one of mine. 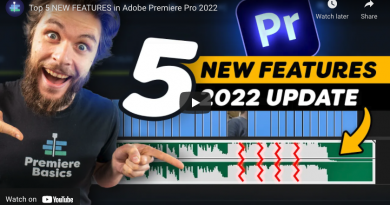 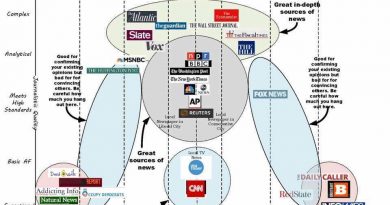 Online graphic might help teach information bias — is it real or is it fake news?