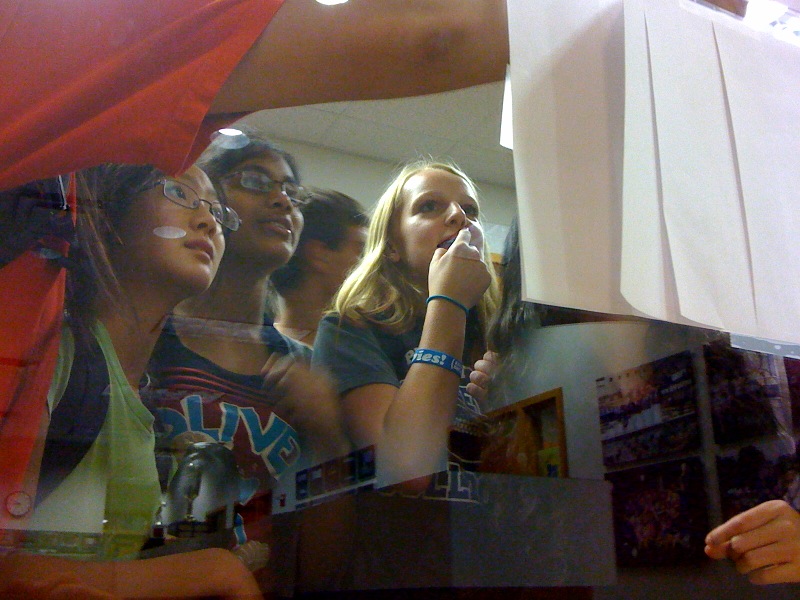 I have a new requirement on my staff this year: Everyone who submits a beat report needs to also submit a photo to accompany it.

It’s easier to do than you think, especially with the prevalence of cheap digital cameras or, even better, camera phones (see the example in this post).

Eye-trac studies support the idea that stories with accompanying photos get significantly more views than stories without images. Therefore, we want to do our part to increase that readership on our website. Plus, a story with a photo gives us more options; we can post it in our “Top Story” news hole (or carousel), for example, since that space requires a photo.

You don’t have to be a great photographer with expensive equipment either. In fact, the web actually supports the lower resolution photos a typical camera phone provides than the high-res ones from a digital SLR.

That’s not to say I’m sending the kids off with no instruction. Rather, I have spent some time discussing the following topics:

News value
I would rather run a poorly composed but newsworthy picture than a well-composed, non-newsworthy photo any day of the week. So we’ve spent time talking about the elements of news. In other words, I tell the student journalists, how can you take a picture of the people in the club or activity you’re covering that shows them doing something newsworthy? Is the club hosting a call-out meeting? Take a photo of the club leaders conducting that meeting. Are they preparing posters for Homecoming? Get a shot of a small group of them cutting and pasting those items.

Bottom line: We want pictures of people, not things. So, Johnny, that may be a fantastic, artistic close-up of a flower, but it’s not news. Get a person in there next time.

Composition
There are lots of composition rules; I tell my students only of a couple. Rule of thirds in the first one. Keep that subject matter in one of the thirds of your frame. Simplicity is another. Be aware of your backgrounds so you don’t have a bunch of clutter surrounding the people you’re taking pictures of.

Angle
I have encouraged my students to take a couple of steps to improve the quality of their pictures. First, they need to get close – really close – to see emotion and reaction. Second, they should try kneeling down to shoot upwards (get the source’s eyes) or get up high and shoot down.

Cutline/caption
As in print, the most widely read copy online are captions. We need to provide as much news in our captions as possible. That means writing them at least two sentences long, including information in the first sentence that tells readers what’s happening in the picture and information in subsequent sentences that gives readers additional newsworthy information.

And that’s it. My kids are still new at this, but they’re learning. And they’re getting better. I guarantee your kids will, too.

Oh, and I know some schools (ours included) have policies against students using cellphones during the school day. I simply sent an email to our staff explaining our new procedure for including photos. I told staff members that they were welcome to confiscate a phone being used by a journalism staff member for a purpose other than picture taking (it’s pretty obvious when a kid is texting versus taking a photo). So far we haven’t had any problems. 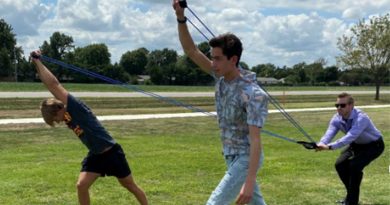 Ending with a bang: 5 ideas to close down your publication year with your team 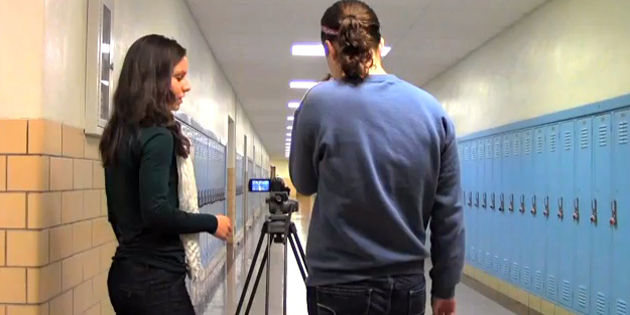 Take your students on a Video Scavenger Hunt

3 thoughts on “Posting photos to the web easy, necessary”