A police officer walks a “beat” so he becomes familiar with a neighborhood and the people in it. Similarly, reporters have “beats” — areas of the school they cover throughout the year on a scheduled basis. The idea is the same; beat reporters become intimately familiar with a particular group, club or organization — I often say they’re the most knowledgeable non-members — so when bigger news happens to that club or group (as it often does), we’re already embedded in that group’s culture.

But beats are also a great way to generate content for your website. What follows are some tips, examples and images to help you create a better beat system for your school.

Note: This is an expansion of an article I wrote earlier titled “Work smarter, not harder: Getting stories online.“

What do they do?
The beats editors’ job entails reading, editing and posting the dozens of beat reports and sports updates that come in each week. Beats editors (we have five) also determine the newsworthiness of each beat, deleting those that are poorly written or not newsworthy and scheduling the newsworthy ones to post.

Getting social
Each day, the beats editors also use Twitter to tweet what they consider to be the most newsworthy story of the day.

Where and how do beats appear on the website?

Work smarter, not harder
We’ve always written beats, but they used to be due all at the same time during each print news cycle. Since we moved the beats to the website, we simply shifted our schedule to accommodate the online venue.

Photos of the Day

Similar to written beats
Photographers on staff also participate in the beat system. Photo editors outline a daily photo schedule (in our case, a two-week schedule), and each photographer (we have 10 this year) is required to take a Photo of the Day on his assigned day and submit it via e-mail. The photo editor then posts the photo and cutline to our FlickR account and to the home page of the website.

Cover as much as you can
With a larger staff, you can break your beat reports into smaller groups. Every club and activity could be its own beat. For smaller staffs, you’ll want to consolidate your beats. For example, instead of having one reporter cover each academic department, you could have one reporter simply covering “academic departments.”

Join the JEA Digital Media Committee at 8 a.m. on Saturday, April 12 , in San Diego (and bring a friend) 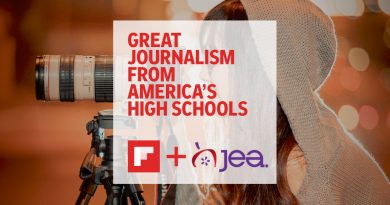 2 thoughts on “Use beat system to generate more online content”