On the evening of Jan. 21, I sent my entire staff the full text of Paul Kandell’s article “Preparing for the Unimaginable,” which was published in the Spring 2010 issue of Adviser Update. I had read it before, but I happened to stumble upon it again and, for whatever reason, felt the need to forward it on to my kids in an email with the cryptic subject line, “Are you ready for the unimaginable?”

Through devastating coincidence, that same night a widely loved teacher and coach on our campus suffered a massive heart attack and died while cleaning up after the varsity boys basketball game. I heard the news the following morning when one of my editors called to ask for advice.

Sadly, the experience was eerily familiar. About two years ago, we had a similar situation in which news of an alumnus’ untimely death spread through Facebook rather quickly. In that case, the student was living in another state and the whole situation was clouded in mystery. My editors had difficult decisions to make. When was the right time to formally announce it? Should we wait to talk to his family, though that could be a long while? How do we contact sources sensitively?

Unlike the slow-old-days when the story of a person’s death may not be published in the student newspaper for weeks, we now had the means to publish immediately, at the click of a button, and that expedited process seemed to complicate things. Through the slower process, the kids had more time to think, plan, and feel things out before they asked people to talk. Now, they were trying to get information and interviews quickly but with care. In a way, the process is definitely better. In the case of the coach’s death, over the weekend, the staff was able to publish a very brief, factual story that explained the basics and answered students’ immediate questions about what would be happening at school on Monday. At the end of Monday, the staff published photos and a story about how students coped with the loss on the first day back. As the week went on, more reflective pieces were featured, including a nice audio slideshow and a personal column. The following week, a formal obituary was published in the print newspaper, along with a nice photo package.

The response to coverage this time around was far more positive than last time. Rather than feeling threatened or offended by the coverage, students, staff and people who knew this person flocked to the site and to a Facebook memorial page to collectively mourn. They perceived the coverage as a service to the community rather than an affront.

Though the situation felt similar, the tone was markedly different. When our alumnus died, I was at a loss about what to do, how to guide and advise my students on the best approach to the situation. I turned to a few veteran advisers and one told me that, contrary to what some journalists might say, he always thinks “family first” when it comes to a death. We are, after all, part of the community that we serve.

That’s why last year the editors made it formal policy that we don’t publish news of a death until an official announcement is made, whether it comes from the principal (as it did a few weeks ago), the family, or a police or other formal statement. Special care is taken to make sure that the same sources are not sought out by more than one reporter. Some private moments and gatherings, though we may find out about them, are kept private.

It’s tempting, with the ease of publishing on the web, to give in to the urge to be the first to make an announcement to the world. Facebook has proven that. But journalism can’t afford to sacrifice accuracy for speed.

I urge you, if you have not yet had that “What would we do?” conversation with your students, do it tomorrow. Sure the death of a beloved teacher and coach is not the catastrophic disaster that Kandell alludes to in his article, but something similar will inevitably happen on your campus, and with a little preparation, your staff will be ready to cover it responsibly.

Watch the replay of last night’s “The Doctors Are In: Broadcast Edition” here 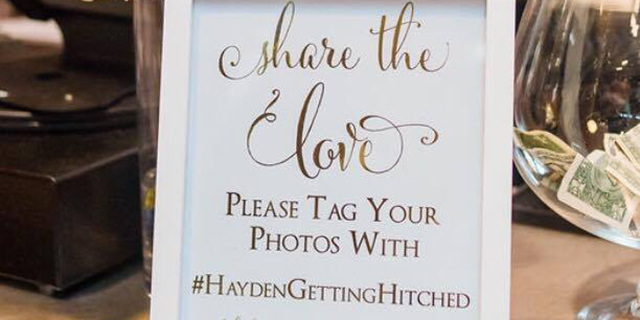