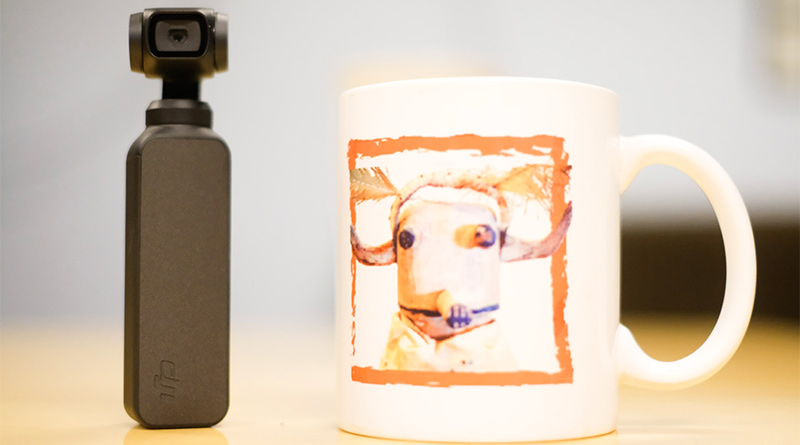 In the last few years our video program has made some purchases in our quest to stay updated in the field of video production. We learned two things:

First of all, it’s fairly affordable. We bought ours for $350 each a while back, and if you can stretch your budget a bit, $440 will get you some great additions for functionality (the controller wheel is nearly a must-buy add-on… but I’ll get to that later).

Secondly, the thing simply rocks. For hand-held video nearly the size of a Pez Dispenser, it punches way above its weight as far as video quality is concerned and the 3-axis stabilization in a video camera this size is simply a game changer for what it delivers.

How good is it? Here is a video one of my sophomore video students put together using only the DJI Osmo earlier this year. She didn’t have a mic. Or a tripod. Or anything else – just the Osmo Pocket and Adobe Premiere.

Another one (nate’s) was done by a student who had never really even done video before. And since it’s indoors, it really features the quality of the camera’s video, indoors, done by someone without real video experience.

While most other students have used the camera for supplementary video, we recently purchased the microphone adapters for students to do quick interviews on-the-go. With the microphones, students can do full videos with interviews and b-roll with a video camera that fits inside a small case that can go easily into their backpack with little added weight. That’s a big bonus that negates the giant bags we use for our DSLRs.

Could the Osmo Pocket replace other cameras, such as DSLR Or mirror less systems?

For most programs, The Osmo Pocket is probably just a really powerful addition to what already exists in the equipment closet. It’s also something you can give to a beginner with just a few pointers to get some stunning results.

I think for other programs the Pocket really could do most of the feature and news videos, especially if you get the mic converter. The power it gives to novice videographers is absolutely incredible, but it has its limitations that you should consider. Here are a few:

There’s a lot more to talk about, including the pretty cool Android or IOS app, Mimo, that adds some fun functionality to the camera. There are also different tracking/movement modes you can choose, and its face-tracking feature is something that’s awesome but we haven’t used much.

Overall, I’d wholeheartedly suggest this camera for any program looking to do some really cool stuff without the need for a big stabilizer. It does NOT replace some professional or near-professional video rigs, and it’s not great for most sports, but for a high school program, it’s a great purchase for those looking to give some “juice” to their video.

Jerred Zegelis has been advising publications in Omaha, NE for over 15 years. He co-advises the Shield yearbook, Lance newspaper, Craze magazine, Warrior Television video program, and the Westside Wired website. He is proud that his programs are fully student led, and finds that when he focuses on ethics and empowering young people, they produce high quality content. He can be found at: zegelis.jerred@westside66.net