“Nobody watches our videos Mr. Goble,” said my students. This was one of the first statements I heard when I took over the broadcasting program at my school. This was their mantra that they followed to produce their work. That wasn’t going to work for me.“Okay,” I said. “We’re going to get people to watch us. We are going to become something.”This was the coach coming out in me. We needed a team! I decided we need to brand ourselves, on the web. We need to brand an image. So we became LHS-TV. Ladue High School Television. However, then my students said, “But Mr. Goble, our school is called Ladue Horton Watkins High School. Maybe we should be LHWHS-TV.”  Okay, they are thinking. Maybe they were buying in. But I said, “No way. That takes to long to say. We need something short, concise and catchy. It’s LHS-TV. Rolls off the tongue and sounds good. Here we go.”

The first thing I believed we needed was a logo. An image to represent our TV station, and ultimately our personality online and everywhere. One of my students was also a talented graphic designer, and we asked her to create the logo. Now I had at least one student on board who had a personal connection. Our logo has evolved over the years, and we have since created new logos for each show we produce. Our logos represent who we are and what we are producing.

Next, I went to cafepress.com and created t-shirts, posters, buttons, water bottles, and any other LHS-TV item the kids were interested in.

The key to our success, would also be to start spreading the word that we now have a television station in our school. Not just a studio. Not just a class. But a TELEVISION STATION, and our videos were online!

We began uploading our videos to SchoolTube.com, and the students would email the links of their videos to the teachers, students, and community members whose stories they were telling. I also included the link to our website in my email signature, and our views began to skyrocket. Although we now use Facebook, Twitter and Tumblr to promote ourselves, email was an easy to process to begin.

Initially, our school said, “What? What are you doing?” But that was okay. We were determined and we knew our branded image was going to happen.

The positive result of this initiative was staggering. We immediately built a team mentality. Students began to take ownership in their work and our station. They were proud to be a part of something new and something we believed would be special. My students knew with their work published online, that they would be required to produce videos they would want the world to see. The branding of an image was an essential component to building what our program is today.

Have you branded an image for your program? Are you online? Are you producing print and video? Send us the link in the comments. We’d love to see what your students are creating. 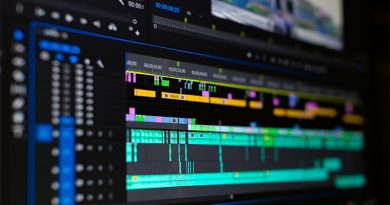 2 thoughts on “Brand An Image For Your Student Publication”