Each month as a class, my students and I watch our monthly television show Ladue View, to critique what we did well, and what we need to improve upon. After watching a recent show, we decided that once again there were some easily correctable, missed steps, that our students failed to prepare for, during their video productions. One of my star students, Samantha, took the liberty to jot down these notes based upon my spontaneous lecture of what we cannot afford to forget when preparing for our video shoot, going out on the shoot, and for editing the video. As it turns out, this list proved quite helpful from that point on for our class.

2. Get wide, medium and tight of every single shot, at least 10 seconds from each distance.  (Tips for better shooting)

3. Make subjects stand at least one foot from the backdrop. It looks way more interesting. (Depth of field)

4. Establishing shot. Get one. Don’t assume viewers know where you are or what you’re talking about.

5. Make sure ANYONE you interview, is also included in at least a few shots of your BROLL footage.

6. Light goes behind the camera; don’t leave your subjects in the dark. (3-point lighting techniques)

8. Always shoot with editing in mind. Look for the action shots, the reaction shots, and interesting activities/people.

9. Test your equipment BEFORE you leave for the shoot.

10. Check your AUDIO levels on the camera and the mic if needed.

12. Begin recording any interview with, “Say your name and spell it.” This is a great way to test your audio levels, while recording the correct spelling of their name. And then spell their name correctly on the lower thirds in post-production.

13. And remember, if there is a technical problem, it is probably YOU! The camera is not broken. The microphone and tripod DO work. 99% of all technical problems are user related. Know how to troubleshoot your equipment!

There are many more tricks, tips and suggestions, but with these ideas in mind, I believe you can create a fun, polished news package video, while offering a tremendous learning experience for your students. Good luck!

Don is in his 7th year teaching Broadcast Technology & Film full-time at Ladue Horton Watkins High School in St. Louis, MO. He serves as the Broadcast Technology Instructor, Co-Director of LHS-TV, and a Ladue School District Video Producer. In addition, Don has helped build a strong partnership with the top educator media-sharing source on the web, SchoolTube.com, as well as speak on the national circuit at educational conferences all over North America. He also serves as an Executive Board Member in charge of Media Relations for the Save A Life Campaign. Don is an avid Apple user, and loves creating videos in Final Cut Pro. In fact, Don was recognized as an Apple Distinguished Educator in 2011. The Gateway Media Literacy Partners also named him as the 2011 Charles Klotzer Media Literacy Educator of the Year. Follow Don on Twitter @dgoble2001. 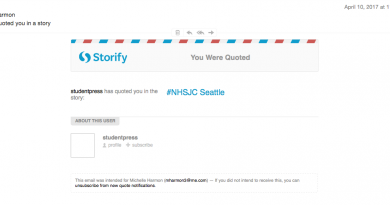 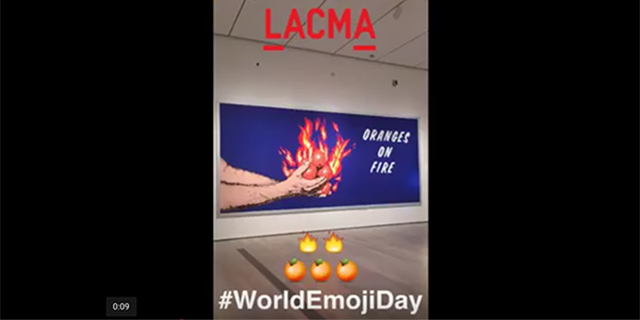 Check out this Youtube playlist of well done Snapchat Stories

Adobe Audition: How to Remove Vocals or Instrumentals in an Audio Clip with Audition CC

4 thoughts on “13 Steps for Creating a Student News Package”