It amazes me sometimes how much our broadcast journalism students focus on just the action of a story. Now, don’t misunderstand me. The action certainly tells a part of the story. But it’s only a part of the story.So what is the other half? Well, the other half is the part that strikes the emotional cord. The part that causes our insides to turn into knots, or butterflies, or make our hearts smile. The part of the story that touches the human soul in all of us.  The reaction.Sir Isaac Newton was an English physicist, mathematician, astronomer, natural philosopher, alchemist, and theologian, who has been “considered by many to be the greatest and most influential scientist who ever lived.” (Wikipedia). Newton could have also been a great journalist as well, because he believed that for every action, there is an equal and opposite reaction.It’s this equal and opposite reaction to an action, that gets the attention of a television viewer, or an audience member, or a subscriber. These reactions hook us into a story. Who would have thought science played a roll in journalism?!The action-reaction concept is one that even my second and third year broadcasting students sometime struggle with. So, I decided to show them some examples in class. And I turned to another expert to prove my theory….ESPN.If you watch ESPN’s Sportscenter, you can’t help but notice that for every touchdown pass they show, the next shot is of the quarterback raising his hands in the air. For every walk-off home run you see, the next shot they show you is of the players racing out of the dugout to mob the hitter at home plate. Why does ESPN do this? Because it’s the reaction that sparks the human emotion in us to want to cheer, or cry, or scream, but that ultimately, makes the moment genuine.

Here are a few examples. In December 2010, the Jacksonville University Men’s Basketball team upset the power house Florida Gators in college basketball. Here is the highlight clip. Notice the reaction shots that follow each of the action shots. Have your students point out exactly what the camera is showing.

You all know the Britains Got Talent story by now, right? In 2009, a frumpy, awkward woman named Susan Boyle, stepped onto the stage and sang a song for the ages. But instead of only watching Ms. Boyle sing on stage from one single camera angle, the camera scanned the crowd with wide, medium and tight shots of the crowds reactions. The “R’s” more than tripled the “A’s” in this illustration. We all couldn’t believe what we just witnessed, and neither have the close to 12 million viewers who have watched this video on YouTube. We connected with the reaction of the crowd, the judges, the world. This is a great example.

I decided to put my theory to another test. Our school recently celebrated our Homecoming. On the first day of Spirit Week, we have an annual Pep Assembly. This year, some of our teachers decided to surprise our student body with a special Spirit Week treat of their own. Knowing what was about to go down, I asked a student of mine to keep a camera set up on the floor constantly recording the crowd to practice her reaction shots. I recorded everything else.  This is what what happened next.

As journalism and broadcasting teachers, it’s so important to remember the reaction, as much as it to tell the audience, or show the audience, the action in our stories. If you still don’t believe me, maybe you will believe the philosophy from one of my personal inspirations, in how to tell a story.

I hope my action of writing this article will illicit some form of reaction in all of you. Feel free to comment.

Do you allow students to create videos in your class? If not, why not? Do you need support to incorporate video in the classroom? I can help with that. Follow me on Twitter @dgoble2001 or email me at dgoble2001@yahoo.com. 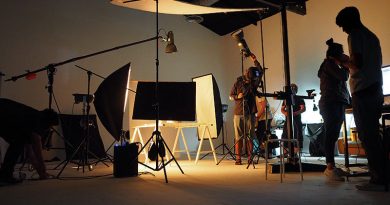 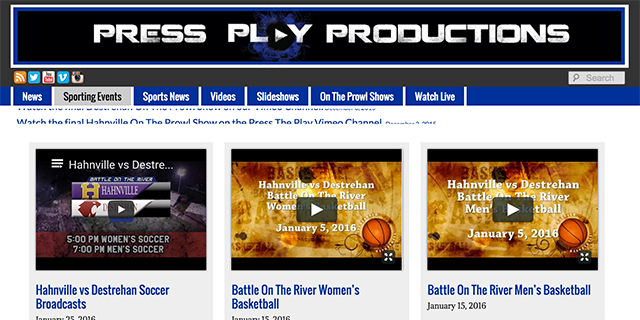