What do you want from a JEA Digital Media Concert site?

At the 2011 JEA/NSPA Spring National Journalism Convention, Ina Herlihy and I challenged our audience to consider the future of high school concert photography.  We continue the discussion now.

Ina helped me start this project before she had been selected as the 2010 National Student Journalist of the Year. Now she is mentoring younger students. At the Fall National Convention, I presented with Ina’s sister Emma in Kansas City.  During both presentations, the audience was excited about using our network to expand our opportunities.

Are you satisfied with the front row?

Or do you want to be in FRONT of the front row?

Do you want to get close to the action?

Do you want to get really close?

Do you want to go behind the scenes?

Do you want to interview the band?

Today, two teachers posted a message on the JEA Listserv that their schools qualified for the $50,000 Vans Custom Culture contest. Would a JEA Digital Photography Concert Project help student journalists promote the story?  The final results are not announced until the beginning of June. The 2011 Vans Warped Tour does not begin until a few weeks later.  If one of our partner schools wanted to promote the tour and/or the shoe contest, how could we help each other?  How can we become stronger?

Would a larger network lead to better access for some students photographers?

What do you want? 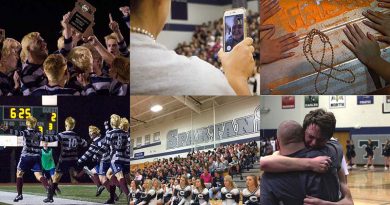