Sharing is not the same as giving away… at least not with digital photography.

Somehow, sharing can benefit the concert photographer, the viewer, and the music business. The people who grant access to concerts often ask how the coverage can benefit their performers

After I photographed the band Heart this summer, I contacted the people who run the Heart website; I asked if the band wanted to use some of my photos. I did not charge them, but I wanted photo credit AND I wanted to make sure that my photos were linked to my site. (I also wanted a quote for a future article about concert photography.) For a few days, my galleries received a huge spike in traffic as Heart tweeted my photo galleries. Heart also posted photos on their Heart-music Facebook site. (Some of the comments have been edited, but if you have a FB account, you can go to the link below. There were about 1,000 comments!)

by the way, in case some of you younger people do not know… Heart is a big deal.

I also shared my galleries from an epilepsy benefit concert in Washington, D.C.  After Trailer Choir performed for the Epilepsy Foundation of America, I was asked to share my concert photos. Because I have epilepsy, I wanted to help promote the event and the cause, even if this meant that I was sharing my photos without receiving money.  So I shared my galleries. Sharing helped the event. Sharing helped some other company. Sharing helped the band. And sharing also helped people with epilepsy… and because I used by embedded galleries, sharing helped me as a photographer. My SEO was improved. I benefited directly.

Link to Eventbrite.com MyEventBriteRocked winning event to see how this looks.

And I am sharing galleries with JEA readers to use for their online publications.

Earlier this week, Miranda Lambert won Female Vocalist of the Year at the Country Music Awards. I photographed her this summer at the Lilith Fair. (You can read my personal blog post here.)  The photos below can be shared with any school newspaper (or any other blog or Facebook site.)  Because I embedded the link, whenever I share the photos, my links follow the photos. This helps me, even though I rarely receive money directly from these photos.

So, grab the HTML code or the share button, or contact me for more information. You can also go to my concert gallery. See if anything is useful.

Sharing may have never been so self serving. 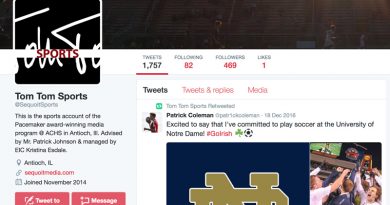 Three apps, tips to make the most of Instagram video posts