Is it Concert Season already?

While musicians perform year-round, many tours are planned for outdoor venues when the weather is warmer and the days are longer. With more concerts, high school journalists have more opportunities to photograph concerts, whether the events are at large stadiums or small country fairs.

This is also the week for the 2011 JEA/NSPA Spring National High School Journalism Convention in Anaheim. Ina Herlihy, the 2010 National High School Journalist of the Year, will return to the JEA Conference to present two workshops, including one with me about concert photography. Ina photographed Taylor Swift one year ago today. Before Ina attended college, she had photographed some of the world’s biggest acts. During our presentation, we will present many of her photos and discuss how high school students can gain access and take quality photographs. (The photo above was taken by Emma Herlihy last summer during the Vans Warped Tour; Ina and I are pictured in the far left.)

We will also discuss the topic of this article. In this post we explore how digital media has changed concert photography. More to the point, we ask the following question.

“For concert photography, what is the difference between online and print publications?”

To illustrate the different options, we can compare differnt Taylor Swift photographs taken almost exactly one year ago. During our presentation, we will show three photos that Ina took on April 11, 2010 that could have been selected for a print publication; I took the photo below on the day before in Fresno, California. These photos serve a different purpose.

Ina Herlihy’s photos are excellent examples of photos that could run in a print publication, because her concert photos tell stories about the concert.  If someone had never seen Taylor Swift, the reader would learn about Taylor’s appearance and style. Taylor Swift fans would also appreciate Ina’s photos, because of the extra details. A fan would see the detail in Taylor’s dress. Some fans might see the number thirteen on Taylor’s hand. (To the uninitiated: Taylor likes the number thirteen. Her twitter handle is even TaylorSwift13).

Compare Ina’s photo to the one I took in Fresno State’s Save Mart Center parking lot.  This photo would not run as a lone print photo for a concert; however, it could be included as part of gallery about Taylor Swift’s popularity. Three generations are pictured. A younger girl is looking back at Swift’s large photo and high school kids who are taking their photo in front of the large purple trucks.

I especially enjoy these types of “concert photos,” because I can inject my style and sense of humor. I included this photo, because in the song “Fearless,” Swift sings about “dancing in the middle of the parking lot,”  and in the photo, the main subjects seem to be dancing… with Taylor. Fans were so excited, they interacted with strangers and parked moving trucks. I wanted to capture this excitement, because I thought it was an important part of Taylor Swift’s popularity.

A week ago, the Academy of Country Music named Taylor Swift Entertainer of the Year, based in large part by the popularity of Taylor Swift’s 2010 Fearless tour. 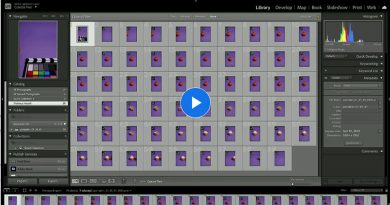