Not the kind we are constantly urging our students to think outside of.

Traditional brown, with a big rip down the side.

That is what my students used to carry our second-rate broadcast equipment for the first three years of our “program” … and please visualize the air quotes I’m using as I type that.

My students at Prospect High School showed an interest in live broadcasting sporting events long before we had the technology to support it.

So what did we do?

What most of you do when your students show a passion for something: you help them pursue it, despite sometimes not feeling 100 percent prepared to do so.

We figured it out on the fly, piecemealing together a broadcast that would have made MacGyver proud.  No bubble gum and popsicle sticks involved, but not too far from it.

We tried a variety of platforms for our broadcasts, all of which had limitations, ranging from only being able to use a single camera to having to pay thousands of dollars from our activity account so our viewers could watch for free.

My students were so intrinsically motivated that they didn’t let it bother them too much, and I have said numerous times that my first two producers — Aungelina and Erin — deserve medals for the patience and persistence they showed before and during games.

This “dark age” of Prospect sports broadcasting lasted up until last year, when my Technology Services Supervisor Kevin Kolcz introduced me to Livestream.

This system allows us to have a multi-camera broadcast over Youtube that puts the kids in control, talking to each other through headsets and switching between cameras seamlessly.

Watching my producer Amanda run the show is one of the highlights of my week.  Standing all of 4-foot-10, you would be amazed at the power and authority in her voice as she tells her camera operators and on-air talent exactly what she needs in that moment.

I will never forget Amanda telling her friend Blanca to get her the shot of the student section storming the field on opening night — against Blanca’s natural (and intelligent) inclination to NOT stand directly in front of 1,000 ready-to-rampage teenagers.  It is that kind of in-the-moment decision making and critical thinking that we as journalism teachers live for, and to see it in real time gave me goosebumps.

For their part, Amanda’s team loves the creative freedom this new set-up allows them, as we now can get crowd shots, a goal-line view, and even nail a halftime interview with the head coach — minus Erin Andrews.

It all came together in our regular-season finale in October, and I couldn’t have been more impressed with or proud of my students.

Yes, it was expensive, and I know I’m incredibly fortunate to have an administration and tech department that endlessly support me and my program. The actual Livestream equipment, such as the monitor and keyboard, was $9,700, and then we purchased a set of headsets for $1,500 and three video cameras for about $1,400 each.  Add in the roughly $1,000 for miscellaneous materials, such as battery packs and HDMI extenders, and you’re not talking about a program that can be funded with a bake sale.

But in this era of career pathways and helping our students redefine their own trajectories, taking a broadcast journalism program to the next level is (hopefully) an easier sell in your building than it would have been a few years ago. These are students who are pursuing a possible college major and even career, all without having to spend tens of thousands of dollars in tuition at a university to find that passion.

Unfortunately, I can offer my students nothing for the hours of prep and game time they put in … outside of some pregame wings — provided by one of our sponsors, which is pretty cool in and of itself. They don’t get course credit for their work, but that might be part of why I love Friday nights so much.

I get to sit back and watch a crew of somewhere between eight and 10 students working their tails off for all the right reasons.

Not for numbers in a gradebook, but for the number of viewers they know they’ve informed and entertained the past few hours.

That, along with the gratification of knowing they’re doing something important, something real, and something they love, is all they need to walk out of the press box on Friday nights with a huge smile on their exhausted faces that lasts until our next broadcast.

And they get better at it and gain more confidence in themselves with each passing game, something we all hope for our students, regardless of the story they are telling or the medium they are telling it through.

And the kind of creative thinking that no box — cardboard or otherwise — can contain. 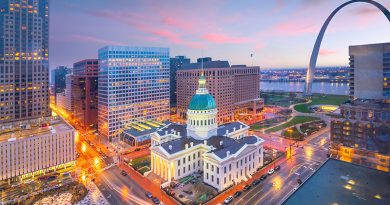 Inqscribe or Dragon Dictate: transcription/dictation software not all equal 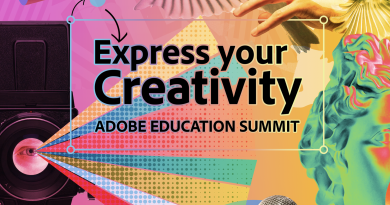