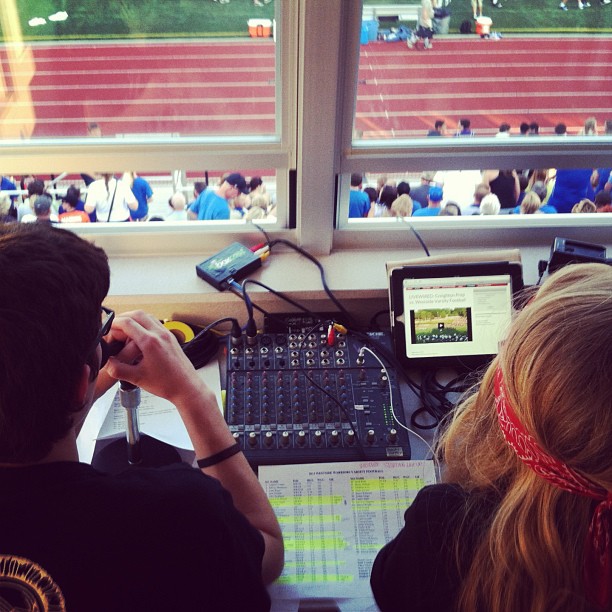 In past years, students had always asked me if we could do some sort of sports broadcasting. The technical aspects – and the costs – of starting some like this, however, was prohibitive.

Last year, with the help of our school’s tech department and a gentle nudge from our athletic director, I did a little research. Turns out, live stream has become much more user-friendly (both technically and financially) in the past few years. With crossed fingers, a supportive tech team and an even more supportive athletic director, we jumped in with both feet and flipped the switch.

Our first live game was a football rivalry game and not just any rivalry game…THE rivalry game. So, we have a play-by-play announcer, color analyst, a camera operator and myself. I was the spotter, stats guy, adviser, cheerleader (pun not intended), etc. It was a rocky first broadcast, but little did we know we ushered in a new era in our program: live sports broadcasting.

We knew we were onto something almost immediately when our live streaming service kept telling us that the reason the video was intermittent during the game was we were crushing their servers. All in all, we had over 4000 hits to their server on that first night.

I’d like to think that we have learned a lot from our mistakes. I brought in a local sports talk radio host who worked with the team and he was gracious enough to even give some feedback after watching the stream.

After the fall sports season, we made it a goal to live stream even more. We came up with a schedule, the AD would notify boosters, we would promote on our website and we gradually built a decent following. Grandparents, alumni, even fans from opposing teams would call and ask if we were going to stream the weekend’s games. To say it has become popular would be an understatement.

Not only that, but it has breathed life into our sports department. More and more kids were jumping at the chance to try live broadcasting. Their first reaction? This is harder than it looks! Their second reaction? I want to do it again! Maybe it’s wishful thinking, but maybe we can get a couple more kids into our program if that’s something their interested in.

That isn’t to say there haven’t been pitfalls. Technical issues popped up more often than I would have liked. Some were related to bad internet connections, equipment issues, etc. The biggest issue that I see going forward is the mindset that live streaming will hurt attendance and, consequently, ticket sales. Like I said, our athletic director is 100% behind us on this and he has said that live streaming has only helped build school spirit. Unfortunately, our state’s athletic association will not allow us to live stream any district or state events. Hopefully, attitudes will change and people will see the value of the service that we are providing.

This year, we hope to up our game a little bit more. We hope to upgrade some equipment, bring in some advertisers and, most importantly, give more students the chance to call a sporting event. 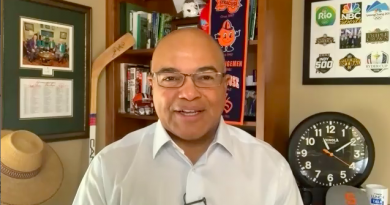 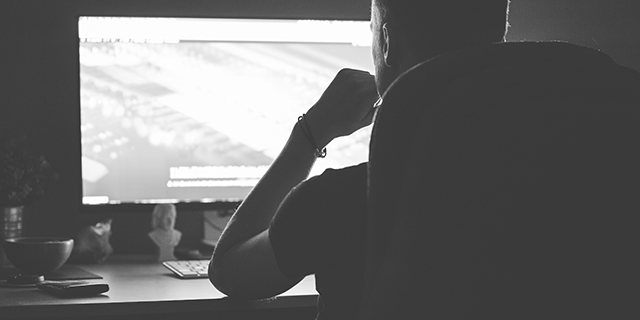 A beginner’s guide to finding data

Periscope and Meerkat Apps Bring Live Streaming to the Masses