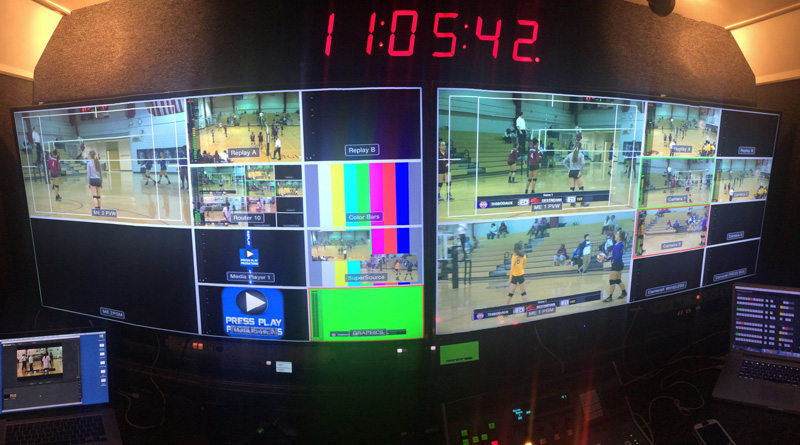 During the production of a recent volleyball game in our District we decided to do a little experiment. We were able to send one of the multiviewer video signals of our Blackmagic Design ATEM 2 M/E Switcher to a recorder so we can see what the student director sees during a broadcast. This give us is a little sneak peek behind the “production curtain” or as it is referred to in the film industry, the “fourth wall.”  Although I realize I am stretching that definition a bit, but you get the idea.

We had a little bid of a feedback problem in the intercom, so we disconnected it for the game, but it was actually coming from another Clear-Com station that had it’s speaker active.  We are going to try this again for our next football broadcast which tends to be more hectic and have a lot more moving parts.  During the game we fed the program audio into the recorder.

In the layout of the multiviewer we have our system set up with “program,” or final output, in the bottom left-hand section and “preview,” or the shot up next, in the top left-hand section.   In the picture you can see our director sits directly in front of the program portion of the monitor.  We had three active cameras for this match and we typically only use one of the replay outputs or “Replay A” as it is labeled on the monitor.  We also have our graphics systems set up with a green chroma key.

Many television stations do this in order to review a broadcast or for training purposes. I think this will be a very valuable training tool for this crew and future crews.  Also, this could be a great addition to a student directors resume reel.

Now that the 2016 Press Play Crew is a little “seasoned” with seven football games and four volleyball games under their belt they are a pretty well-oiled machine not only during the production but also in the setup and teardown before and after games.

As their Adviser, I am very proud of what this crew has accomplished in three short months.  Besides the live productions, they have also produced nine “On The Prowl” coaches shows and shows for the United Way, St. Charles Parish Government and the St. Charles Parish Sheriff’s Office and many PSA’s.  Nearly all of them had no or very limited live production experience.  They’ve come a long way!

We had seven students on the crew for this broadcast and we rotated positions after every set.  We had a director, audio, graphics, replay and three camera operators.  Our announcer for the broadcast was a former student, volleyball player and coach who is now an English Teacher at Destrehan High School.

On Friday, November 4, 2016 we broadcast a football game between Thibodaux High School and Hahnville High School.  Below is a link to a multiviewer recording of a  two-camera production my students produced.  Normally we use three or four cameras with a 10-12 student crew but on this night we had a crew of only five students.

To see some more of this crew’s work visit our website at: http://presstheplay.tv/ 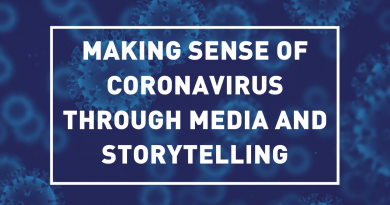 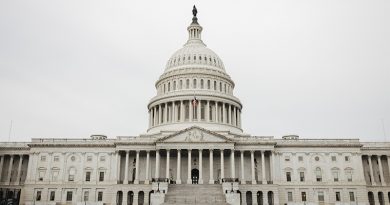 When Tragedies Happen, Teachers Are On