Last year, a very supportive district administrator managed to secure a $20,000 grant for media programs at our school. One of the purchases I made from that grant was a bulk purchase of 15 iPod Touch 4g devices, the security enclosure and charging dock for them, and tripod adapters. Here’s a rundown of how the purchase met, or didn’t meet, my expectations.

Goal 1: Teach video creation to all of my students simultaneously
Status: Met

On several occasions this year, I’ve been able to teach a video lesson to my whole class and have them actually do the thing I’m teaching them. For example, I recently completed a documentary video project with my Writing for Publication students. In the earlier stages of the project I taught—on separate occasions—composition, the five-shot method, and motion sequences. On each occasion, I sent small groups out to apply what I’d taught then return with enough time to share with the class. It was the best it’s ever been, and their documentaries were the best they’ve ever been.

One of the reasons I decided on the iPods was that I hated buying lots of different little technologies like voice recorders, point-and-shoot cameras, pocket videocameras, and a bunch of other things that all seemed to require different batteries and have different chargers. The iPods are the go-to device when someone needs to take a mugshot, forgets their own voice recorder, or needs a way to shoot a quick video for the web. So, while each iPod was more expensive than any one of those other tools, it’s definitely cheaper than all three bought separately.

Going into this, I (very idealistically) thought that increasing the number of video capturing devices and replacing more complex video equipment that required more storage and more bags and more batteries (and more everything) would mean everybody would be making videos for the website. The goal: make video more accessible.

It’s certainly more accessible to those who have taken an interest in it and chosen to pursue it. However, much of my staff still is not comfortable making videos not because they can’t, but because they don’t commit to doing it frequently enought to practice the skills they’ve been taught. I guess it’s kind of a “no-duh” thing, but the kids who didn’t really put the effort into making video before still aren’t.

Yes, mobile reporting is easier. No, it’s not happening more frequently. This continues from the previous goal and is such a good lesson for those who (as I have in the past) fall into that, “I don’t have enough equipment” trap. You’ve got to have the equipment to do the job, but just having the equipment isn’t enough to get the job done. This year, we’ll be reevaluating how we assign video stories and try to build them into our system more explicitly.

The iPods, while great for convenience, portability and efficiency, just can’t stand up to a regular HD video camera. Much like my iPhone, they perform really well outdoors in bright, natural light. But in a classroom with harsh overhead fluorescent lighting? Not so much. So while they’ve been great for training, most of the kids who are really interested in video find the iPods don’t meet their needs as they progress, and those who aren’t as interested tend to shy away altogether. Perhaps as we change the system and push video production a little more, they’ll be better utilized, but right now, their use is pretty occasional.

We also haven’t found a great microphone solution, either. We’ve tried out a few inexpensive plug-in mics with unimpressive results. I may splurge on something more expensive to see if it makes a big difference, but at about $120 per mic, we definitely wouldn’t be purchasing 15. Though the internal mic on the iPod is decent, it’s really no comparison to an external mic used with a regular HD videocamera.

Goal 6: Make my life easier
Status: Well, we solved some problems but created new ones… so, not really met

The main problem I set out to fix with the iPods was having too many little gadgets to keep track of. A handful of point-and-shoot cameras with varying levels of functionality, a bunch of mismatched voice recorders that seemed to drain batteries inordinately fast, and a bunch of different generations of low-end video cameras (like Flip cameras) seemed impossible to keep track of. I wanted a streamlined solution, and the iPods seemed like it.

And they were. I love that the devices evolve by simply adding apps, and the kids use them intuitively. They’re small—which always creates a risk of theft—but I figured that iPods are ubiquitous enough at our school that the likelihood they’d be stolen wasn’t as high as it would have been a few years ago. Plus, now that all of our equipment is barcoded and checked out to individual students through their accounts with the school, they seem to take better care of it.

Problem is that though they made my life easier in that way, they also brought a new complication I hadn’t anticipated: there’s not really a great way to manage multiple Apple devices, and there’s not really a great way to get full-quality video off of them easily. So we developed some workarounds. The iPods all sync to a generic student account on my laptop. We had to create a new Apple ID, and there’s no way to put on paid apps without a credit card, so I use my own.

As for getting video off, we’ve found the easiest way is to plug it into one of the iMacs and import the video clips into iPhoto. Then we can pull the files directly from there. It’s even easier with a PC because they treat the iPods like flash drives.

After nearly a year with them, I’m overall pretty satisfied with the iPods, mostly because they serve my training needs and the kids can use them in a pinch. My true video junkies much prefer to use the DSLRs, and I’m fine with that. I plan to continue working on integrating them into our process a little more; if it works, I’ll update. Hope this (long-winded) post helps someone else decide of a solution like this may be right for them. 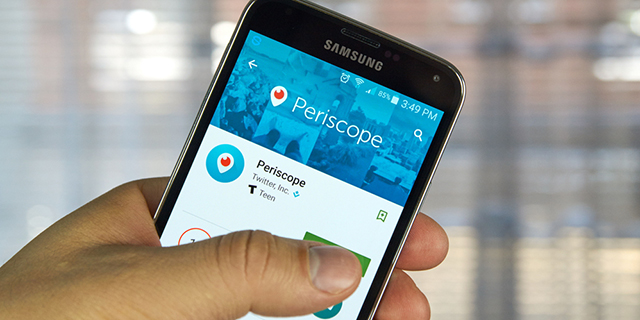 3 thoughts on “What I learned from buying 15 iPods”