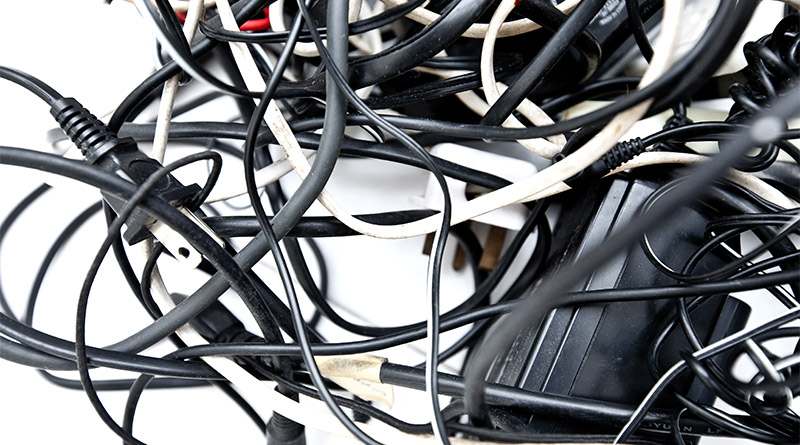 If you’ve ventured into the sometimes-frightening waters of broadcasting sporting events at your school, you’ll be all-too-familiar with a creature who has begun to inhabit your classroom or newsroom.

He or she is not the typical journalist you’ve grown so accustomed to working with over the years: the endearing yet sometimes frustrating teenager who produces stories for your various outlets, making a handful of deadlines along the way.

No, this new creature is known as “the Livestream kid,” the one who takes your class and/or hangs out in your room (almost always in the back corner) with the sole interest and intention of working on the live broadcasts.

We love having them around, but there’s one problem: We have no idea how to grade them, and even less of an idea of what to have them doing all week as they get ready to broadcast the big game.

And while I admittedly don’t have a full-proof plan on either front, here are some things I’ve either tried or am planning to try this season.

If they are enrolled in the class and we have to give them a grade, my best advice is to have them self-assess by logging their various projects throughout any given week. Yes, that will include gameday responsibilities, such as running cables, setting up cameras, doing audio checks, and producing the game itself.

But this should also cover the time they spend in class. While other staffers are going out to do interviews, writing their rough drafts, editing each other’s copy, etc., these Livestreamers should be prepping for the next broadcast in numerous ways — and logging every bit of it. This could cover something as mundane as cleaning and organizing all of the equipment. Heck, I’ve seen students need a half hour just to untangle a big mess of HDMI cables! They can/should be making sure all batteries are charging, nothing went missing during the previous game, and that everything is in working order for the next one.

Once that sort of inventory is done, they should be doing one of two things: reflecting on the previous broadcast or getting themselves ready for this week’s game. When it comes to reflecting, they should sit down — either individually or collectively — and critique a recently completed broadcast. This is no different in tone or purpose than when we have our print staffs dig into the previous month’s newspaper: constructive criticism intended to make the product better in the future.

This is when they should be reflecting on and discussing the quality of every aspect of their broadcast: audio, camera work, announcers, graphics, halftime show, stats … all of it. While it may take them a time or two to get used to giving themselves and each other critical feedback, we all know that our print kids develop thick skin through a very similar process and how invaluable that has been to their growth in their area of focus.

When that task is complete, they can prep for the next game in a variety of ways. The behind-the-scenes crew should be creating all graphics, which includes everything from finding the opposing team’s logo to chasing down information about that team. And that is where the on-air talent and production crew’s jobs overlap: everyone should be learning everything they possibly can about both teams. This should look no different than a reporter prepping for a big story: doing online research (to find key stats, scores, and player information) and doing interviews (to find out from coaches and athletes any key background information that might be interesting to use, either in a graphic or by the announcers), all in an effort to be an expert on their topic. It just so happens that their topic is a single sporting event.

At the end of the week or month, depending on how often you feel it’s necessary, they will submit their in-class work log to you, along with a brief narrative explaining what they learned from what they did and how it benefited the program — and of course what grade they think they deserve for all of this work they did: before, during, and after the broadcast itself.

In another post, I’ll outline some of the ways to keep the entire crew focused and productive at the game itself, but for now, let’s consider it a win that they are busy in class every day … doing something other than setting their fantasy football lineups. 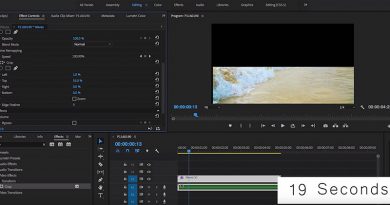 Adobe Premiere: How to Crop Video 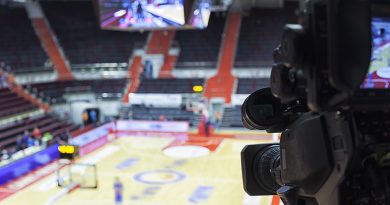 What’s the difference between a color commentator and a play-by-play announcer?