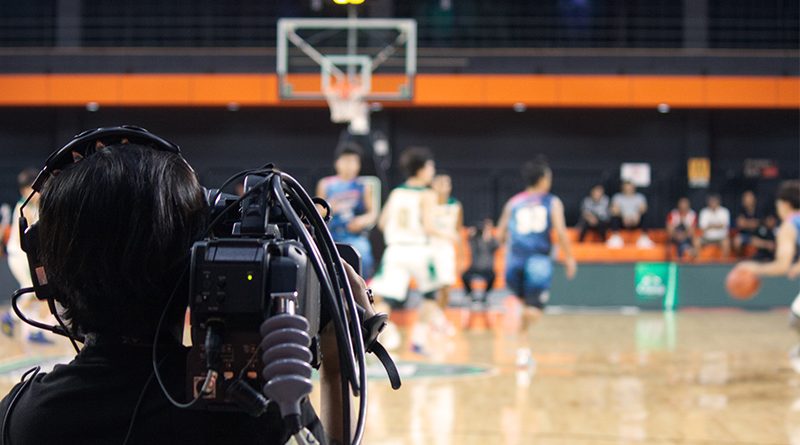 The other day I was listening to a Lindenwood University football game on the radio. A former student of mine was calling the game and I always like tuning in when I can. The game ended, but his broadcast didn’t. It went on for another couple of minutes where he talked about the game that was just played and what was ahead for the football team and the broadcasting team.

It was a stark contrast to the end of streams I has become accustomed to with my high school staffs where the game ends and they essentially say “Good night, thanks for watching” and end the stream within five seconds of the game ending.

I had talked with my staffs about it before, but never really given them any concrete tips to use to help them close out their broadcasts. As any great teacher knows, tips coming from someone else usually carry more weight than tips coming from the actual teacher themself, so I called upon Dominic Hoscher, my former student, to share a few tips with them on how to end a stream.

Dominic agreed to let me share my tips here with you all so that’s what I’m doing here today, in hopes that if you are looking for a few tips to make a stronger end to your live broadcasts you can get a couple here.

5 Tips on Closing out a Broadcast – by Dominic Hoscher

Starting a broadcast is tough. Trying to find the right words, the right info to include.

For a lot of people, opening a broadcast is the hardest part of a broadcast because of this. Once they get going, they’re good. That portion before then? Not so much.

But what if we flipped it to the other end of a broadcast. The final minutes of a call, once the game had concluded.

The end is often overlooked, as it’s usually after you had just finished calling a game for two, three plus hours. Not as much thought may be put into closing a broadcast as compared to opening one, or what goes on during.

Ending a game is as important as starting a game. Your audience won’t care how many hours it’s been. If you sound sloppy because you’re ready for it to be over, your audience will hear and notice that, just as they would at any part of a broadcast before that.

That’s why it’s important to come up with a plan before a game on how you want to end it. Talk it over with the other announcer, and whoever else is working that game. Make sure everyone is aware so they are all on the same page.

Struggling to come up with ideas on how to close a broadcast? Here’s a few suggestions.

Before the game, talk with the coach of whatever team you are calling.

Introduce yourself, tell them what you are doing, and ask them if they, or a player, would be able to come up/over after the game for an interview. Make sure to have someone down on the field/court once the game ends to remind them, in case they forget.

Be thinking of questions during the final stages of the game. Jot them down. Interview doesn’t have to be too long. Three to five minutes usually gets the job done.

Which players stood out to you?

Both announcers can mention someone. Highlight what the players did well, what led to

their success, and some of their numbers from that game if you can. People are usually interested in hearing who had the big games for each team, especially if it’s family or a friend.

If stats are available to you postgame, great. Go over them. Point out the key stats from the game, mixing in both team and individual stats.

But stats won’t always be available to you during or after a game. In this case, do the best you can during a game to write some stuff down. For example, mark tallies next to a player’s name in basketball every time they score.

In football, make sure to write down the time, yards, and player(s) after a touchdown. All of this can be used after the game when discussing stats.

4. Discuss general info about the game

What I mean by this is to talk about what one team did in order to win, and how the other lost.

Did the offensive line dominate at the line of scrimmage all game? Point that out, and how it gave the QB all the time he needed to look downfield. Or was it the reverse? The line struggled all game, leading to zero holes being created for the running game and the opposition exposed that.

Go over the general flows of the game you just called. You’re the expert, trying to educate those listening or watching. Tell them what you saw.

When can the audience hear you next?

Let them know. It never hurts to promote your next game, or your team’s next at the end of a game. Just did a soccer game? Say when the next live stream of a soccer game will be. Or if it’s a Thursday and you’re doing soccer, and football plays the next night, promote the stream for that.

This gains exposure for your crew and yourself, and also whatever you were just streaming on.

Print out a schedule, or at least have one accessible, for your broadcast. At the end, go over their next game. Maybe do a little research on their next opponent before the game and write down their record and whoever they were playing that night (or recently).

Hit on this, and the audience will be able to plan accordingly.

How ‘readable’ is your site?

Tutorial: How to use Videolicious for iPhone, iPod and iPad

Is there a future in broadcast video?