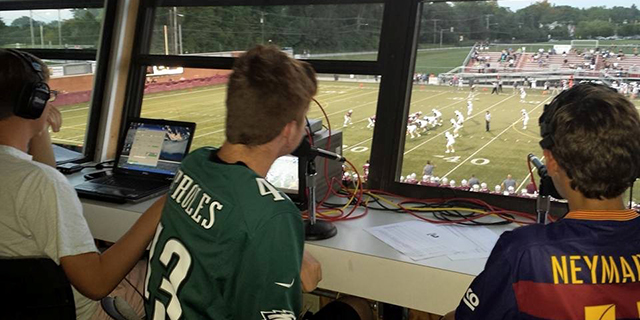 Research first. If the game is something you don’t know much about, be sure you understand it before you turn on the mic and start discussing it. Find out how both competing teams did last game. Know the names of the key players. During the game, keep track of stats either on paper or by using free apps like PossessionFree and Basket Board Free.

Be conversational. One voice can be dull, so partner up in the booth. One of you gives play-by-play while the other provides color. Engage each other by asking questions: “What does the defense do now?” or “What do you think the coach told the team during the timeout?” or “What impact do the fans have on the players?”  Think about your word choice, too. Instead of “saved,” try stoned, rejected, sent away. Rather than “shot,” use thrown up, from point-blank range, off the foot of, sent in, attempted, dialed long distance, from downtown. If the shot is made: it’s pure, it’s good, past the keeper, converted, capitalized, yes sir, nothing but net/nylon, it’s in the bucket/cage/cup, to the house/crib. And when you’re discussing a player’s moves, how about telling us how he or she shows his skill, tears up the defense, splits the defenders, makes it fancy, spins, jukes, fakes right/left. 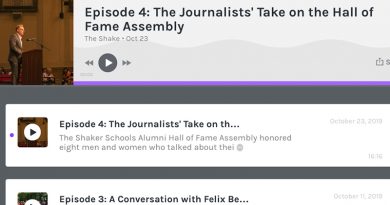 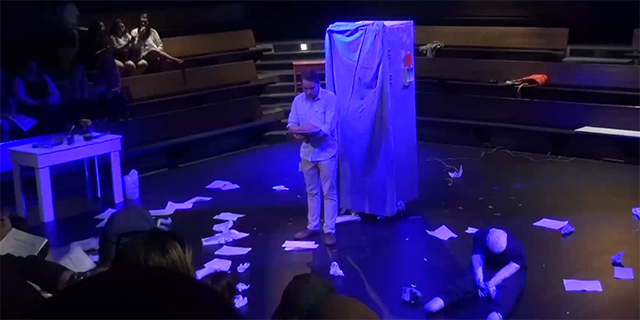