Last weekend, Palo Alto High School’s volleyball team played in the state title game against Long Beach Poly. As a sports magazine, The Viking is accustomed to covering sporting events and publishing stories online (with photos and video clips) a couple of hours after the conclusion of a game.

Going into the championship match, our staff knew that our coverage had to be to be interesting, accurate and, most of all, fast. With two photographers (one of whom also shoots video), one writer and two editors, we were ready to cover the game no matter what the outcome.We usually publish in-game updates by having reporters text tweets to our news editor, who then forwards the SMS message to Twitter; however, because this was the state championship, the reporter and I both had laptops and WiFi.

As the editor who works with online content and social media, I tweeted and posted to Facebook during the first game. After the game ended, I had my reporter write a short, paragraph-long summary of the first game. I told her to add the paragraph on the admin section of our website.

While I skimmed the paragraph and edited it, our photographer used his card reader to import a photo onto the other laptop and resize it. Before the second game had started, we had published the beginnings of our first “live blog.”

We continued with our Facebook and Twitter updates throughout the next four games of the match, but also updated the blog during and after each successive game. Additionally, after the second game we imported a 40 second video clip.

The whole idea of a live blog requires an editor to be ready immediately (and ideally next to the reporter), so the information can be posted in a timely manner — otherwise you might as well wait until after the game. It also made the game recap easier for the reporter, as all she had to do was reword some sentences from the blog, add quotes and work on the structure of the piece.

We did this “live blog” because the match was in San Jose, and we knew it wasn’t televised. Not everyone who was interested in the match could make it; some alumni are in college on the East coast, and other people were interested but simply couldn’t come.

Some people do not like getting tweets and Facebook updates every minute, so we decided that this type of live blog would give more information to people who were interested, while those who simply want to know the score (and do not want to be bombarded with excessive information) can keep an eye out for Facebook posts or tweets.

This post was written by George Brown, Editor-in-Chief of the Viking magazine from Palo Alto High School in Palo Alto, California. 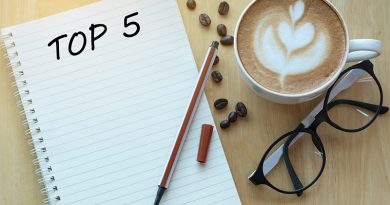 Copyblogger Gives 8 Simple Ways To Get Your Content Read More 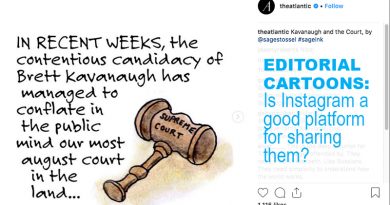 Do editorial cartoons have a place on social media? Instagram as an opinion platform