In The Little Hawk’s first attempt to cover an event live and online they chose President Obama’s trip to Iowa City.  Overall, it was a great experience that turned the news lab into real news lab and more than anything it reaffirmed a belief that digital media shouldn’t be feared.

At the last few adviser meetings I have went to there has been so much fear about going online and what all this new technology means.  Well, in the first few months of going online I have to say it is a big deal and not so much of a big deal.  In many ways it has been like jumping into a lake at night.  At first it is dangerous, risky and new.  Then after a few minutes of swimming it becomes the same lake you have been swimming in for years.

Below is a list of assignments, equipment and ideas for what The Little Hawk is going to try and do next time.  The best revelation that happened was that for the first time in my experience teaching high school did the news lab feel like a newspaper lab of daily publication or a magazine.  There was a buzz in the air and a need to get assignments done in the moment.  Reporters were roaming the city and decisions on content were having to be made based on all kinds of new journalism being produced.

1)  One reporter with a press pass to the speech
Goal: Live updates that describe the scene and instant photos sent back to home base.  Post speech interviews, photos, and quotes to be used for a longer feature article to be published in the newspaper.
Equipment: iPhone – Digital SLR – Flip Video Camera

3)  A few disgruntled staff members stuck back in the journalism lab processing texts and emails from the speech.
Goal: Publish to the web what reporters produced throughout the day.
Equipment: WordPress, Facebook, a slow internet connection, PhotoShop, Gmail, and a few Droid phones

The live feed was a great success that was a hit throughout the school and the interviews of the protesters were extremely amusing.  Davis, the on site reporter, did a good job of using brief descriptions of happening on a regular basis for the live posts.  The live photos were pretty poor quality, but set the scene.  Atmosphere in the journalism lab was energized with a sense of importance and that things were happening in the present tense.

Students who are not reporters have also begun to send picture texts to the newspaper for more live photos.

Being involved in the national news scene also helped the reporters feel like professionals.  They watched and observed what the pros were doing and learned a great deal about interacting with people in large settings.  Coming back to the lab afterward the staff also came up with different ideas with what to do with the interviews, stories to develop, and future angles on the story.

What to improve upon…

Figure out how to get more stories and photos up as the event is happening.  Professional papers had two or three reporters with cameras and laptops at the actual event.  It is not a one man gig to get posts, photos and videos out from an event.

Make sure to add captions and photo credit to all photos.

Write more news briefs and short stories after the event occurs.  The accumulated great information and then school was over before more could be done.

The slow internet also killed any chance of getting the video uploaded to YouTube or photo slide shows.  Reporters at the speech used plug in high speed wireless devices that hooked into their laptops from different wireless carriers.

This project overwhelmed the news lab and all other projects faded away.  It is going to be hard to maintain a balance between the print and online projects.  Staff members are concerned about how points and grades are going to change with this whole new world.  A new system will have to be developed. Some students did feel left out and need to be brought into big projects like this one in the future.

The effectiveness of the Facebook posts is also in debate.  In the future posts may be limited to the web site and twitter with one final update made on Facebook.

The layout of internet posts also needs to be developed. 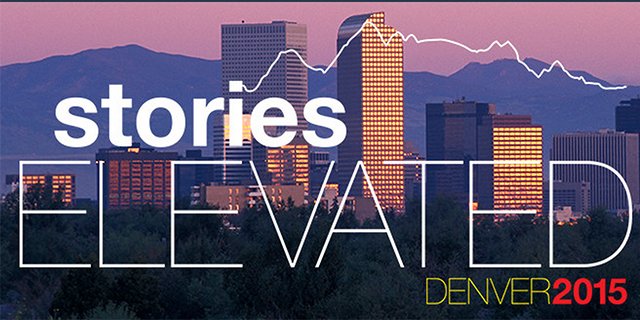 Join the JEA Digital Media Committee at 8 a.m. on Saturday, April 18, in Denver (and bring a friend) 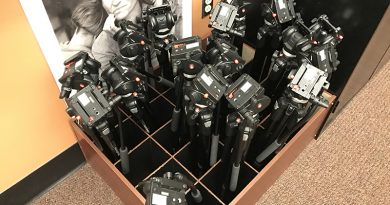