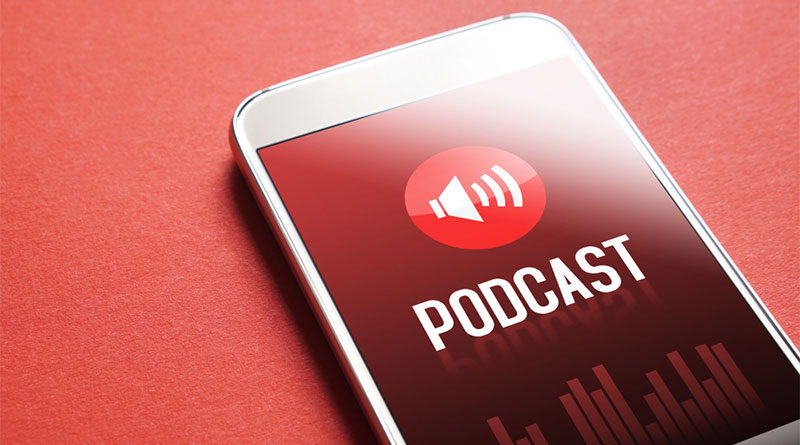 This is the fourth of a multipart series on podcasting for print and online newspaper staffs.

There could be occasions when all one has for newsgathering is a smartphone.

There are a number of apps available that record audio as well as record smartphone calls for both Apple iPhones and Android systems. iPhones come with a recording app called Voice Memos, which allows for recording as well as simple editing, but does not record telephone calls.

Normally, students will not edit their recordings in the phone but wait until they’re downloaded.

What follows is how my students their cell phone recordings into useable audio productions.

After an interview, students with iPhones will use one of our two iMacs and AirDrop to transfer their audio files to the computer, then use our “sneaker network” (flash drive and walking) to move the files to their assigned HP or to the HP workstation for editing. With Android-based phones, they plug their phones into their computer and download the file to the hard drive.

(The majority of students prefer the HPs over the iMacs to be “their” assigned computer and for editing photos, audio, and an occasional video. They have no reason except to state the HP is “theirs” during their class period.)

Then using Adobe Audition CC, students edit to keep what they want to use and for podcasts add an intro and an ending, plus some music from Creative Commons. We’ve acquired Adobe software through a district license, so whatever software we need is available to us.

We use two CC sites, http://ccmixter.org/ and http://freemusicarchive.org/ for two reasons: the school district does not block them, and there is plentiful music of all genres to choose from.

To create a more polished presentation, I have students make an introduction that includes stating their names and their guest(s)’s names. At the end I have them state “This is a 201x Magnet Tribune production.” This accomplishes two things: Stating their names establishes ownership and the ending statement states when and for whom the podcast is produced.

If students record interviews to help write a story, normally they will not edit anything but still use Audition to listen to their recording(s). For next year I’m mulling whether to have them do some quick editing and put one or more interviews online to accompany the story to give it more of a multimedia feel.

Next up: Simple editing of audio files in Audition.

Mark Webber, who retired at the end of May 2019 after 40 years as a classroom teacher, was a founding faculty member of Vidal M. Treviño School of Communications and Fine Arts in Laredo, Texas, a school district magnet school program. He founded the print journalism program and taught it for 26 years and added creative writing to his 5th block class for his final three 3 years of teaching. His former students produced The Magnet Tribune print and online newspapers and Revelations literary magazine. He stays active in scholastic journalism as a JEA-certified mentor and critique judge, a Texas UIL journalism events judge, and as a member of the JEA’s Mentor Committee.

Mark Webber has 9 posts and counting. See all posts by Mark Webber 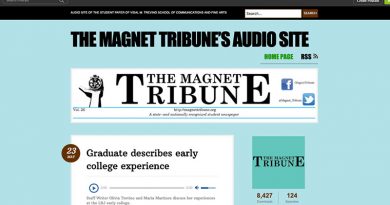 Podcast on a budget – Publishing your podcast

SNDSTL Takeaways: A list of links to keep you busy for awhile