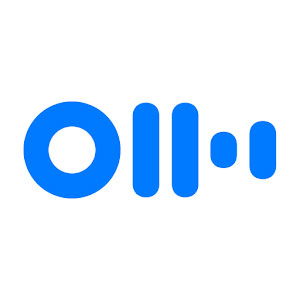 The holy grail of apps for journalists may have just landed in the App Store in the last month. Meet Otter, a recording and transcription app, that promises real-time transcription of your conversation.

Journalists have been looking for an app like this for a long time. If Otter can actually deliver on its promise, this app is going to be a game changer for journalists. Accurate, real-time transcription? It feels like the grail has never been closer.

Once you download the app and open it, it asks you to create an account (you can use Google or Facebook to do so) and then goes right into recording. It will ask you to set up what it calls Voiceprints, this is so that Otter will know your voice. It will have you do a short little graf, introducing yourself, then it will ask you to read something a bit longer.

The app interface is nicely designed. It’s relatively easy to navigate your way through the app, with a nav bar at the bottom, using five icons. The center one is most prominent, with a blue-shaded background. This is your record button. Tap it and you’re recording.

One of the things journalists who work on projects together will enjoy is the Groups function. You can upload your contacts from your phone and then put people into Groups (as Otter calls them) and those people who have the app will have access to your Conversations, as Otter calls them. This could be great for reporters working on a story together but are in different places. For scholastic media, this could be a simple, easy way to verify interviews and work is actually taking place and also check the accuracy of reporters work.

Liz Baker, web editor of FHCToday.com, liked how the app worked, but felt background noise was something users will need to take into account.

“Its abilities are quite good. I definitely recommend it for interviews when there’s not a lot of background noise. It was confused when there was noise and didn’t catch every word,” Baker said.

When she used the app for two interviews last week, Emily Mann, the co-editor-in-chief of the Central Focus at Francis Howell Central High School, said there were a couple drawbacks — how it worked in noise and the occasional transcription error — but that the benefits of Otter outweighed the drawbacks.

“I would certainly recommend this app to journalists for a multitude of reasons; the first being, while it can have some issues, at the end of the day I feel it saves more time than it takes to fix the occasional error in the transcription,” Mann said. “Secondly, I feel the feature of organizing your recordings into groups can be tremendously advantageous for publications similar to our own — for students who write stories together, get interviews for another student, or maybe even if a publications implemented a system of checking interviews for a grade — this is a quick easy way to share them.”

As an experiment just to test Otter’s capabilities, I read the text of this story to it. You can hear those results here. It was kind of fun – and just a bit distracting – to watch Otter work as I was reading. The screen filled with words almost as I spoke them. It was kind of neat to see. Once I stopped recording, it took a couple of minutes to “process” the transcript. I was able to share the note easily and access it on my phone and on their website within minutes. In addition, I could also play the note back either on my phone or on the website.

A lot of the other apps I’ve used in the past often asked for payment for transcription, or the app just wasn’t reliable. Otter says that the app will remain free for now, but there will be some features you’ll be able to purchase coming in the next few months.

Barcode Scanners: What are QR Codes and Microsoft Tags? 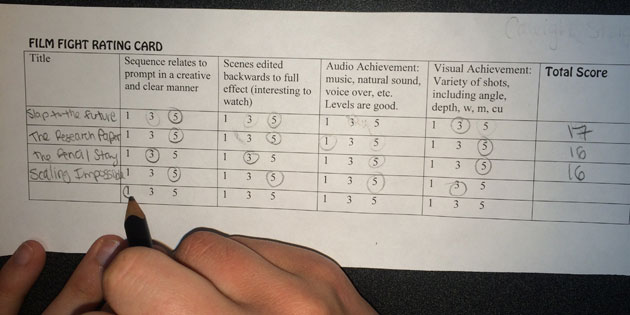 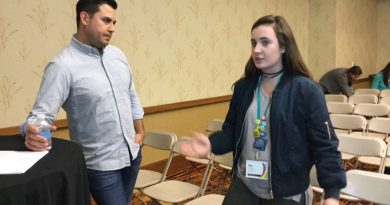