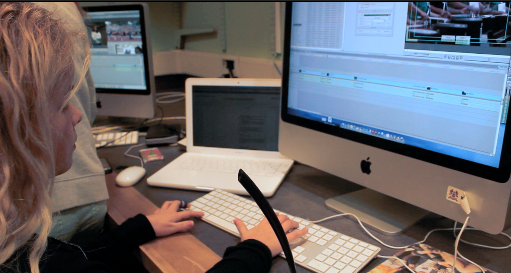 If your staff hasn’t changed passwords for many of your most commonly used online accounts in the past two weeks stop what you’re doing and have them complete that task NOW.

At this point we’re all using some type of online tool to help us produce our publications. Many staffs use some sort of CMS to update their websites, most are using Google Docs in some capacity, and many more are using social media as a part of their 21st century reporting. The thing that all of these things have in common is that they require password protection.

Even if your staff isn’t using any of the services listed below in an official capacity it would be a great teachable moment in the classroom about the importance of regular password changes.

The Heartbleed bug is an encryption flaw that has opened up a wide variety of sites to potential hackers, allowing them access to sensitive information uploaded to the site. Here’s the original Mashable article about the problem from Wednesday, April 9.

Below are the passwords that need to be changed, according to Mashable. I only listed the services that would be used most often by high school publication staffs. You can see the full Heartbleed list here.

This problem appears to be something that we may see repeated in the future. There are easy ways to save and generate safe passwords. The apps 1Password, Dashlane, and Last Pass were all listed by Mashable as having provided safe storage of passwords and quickly addressing any issues created by the Heartbleed bug. These services often cost money, but are well worth it in the long run as they easily allow you to create new passwords in situations like this, and make it easy to remember/input your passwords everywhere you need them.

Here is a more detailed post about smart password basics and password apps, but I felt this information was going to impact most of us and needed to be released on our site as soon as possible. If you aren’t already I recommend following Mashable or CNet on Twitter to keep informed about any possible cyber threats that your staff may face.

Kyle Phillips is the newspaper and student news website adviser at Cedar Rapids George Washington High School in Cedar Rapids, Iowa. He is the secretary of the Iowa High School Press Association and was named a 2014 Rising Star by the Journalism Education Association.