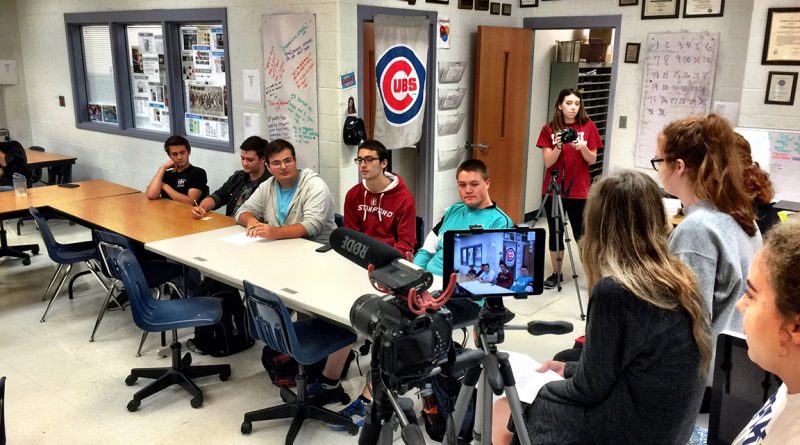 A couple weeks before the Nov. 8 election, my yearbook staff decided to conduct a roundtable on politics to sort of take the temperature of some of our students and faculty before the presidential and Missouri state elections. Honestly, it started as simply a different way to do some coverage, but it blossomed into something differently and will be something we do monthly as a part of FHC Publications.

First, let your students have control. This jibes pretty well with how I advise my publications. I want my students to do the work of leading the publications, but a lot of the time, they’re really surprised by my attitude when I simply say “sure” to something they want to attempt. Ownership is so essential to student success in journalism. I don’t want my students to see their assignments as something they simply have to complete to get a grade. I want them to own their stories, photo assignments and publications. It should be theirs. My yearbook editor-in-chief proposed this, set it up, wrote invitations, took photos, planned questions (more on that below) and handed out thank you’s when they were done. They came up with the idea to make this a recurring monthly feature for FHC Publications and they will be the students who carry this idea forward.

“The idea for the round table actually came from the ‘50 Ways to Tell a Story’ presentation we look at every year,” Sydney Kaiser, the Odyssey editor-in-chief, said. “I remember going through that when I was trying to figure out a way to tell the story of this crazy election in an interesting way. I came across a section that talked about ‘press conferences’ and ‘panels.’ I’ve found that you can get really great quotes from people when they are responding to someone else’s statement rather than a question, so I knew putting the opposing sides at the same table would make them more likely to speak their minds.”

Second, get (or let) everyone on board. As I said, my yearbook editors started this as just a quick, simple thing. Then our multimedia editor got wind and wanted to shoot some video for it. And then live

stream. Two kids taking photos. There wound up actually being a crowd staying in my room to watch the live roundtable and it was a crowded Room 139 that afternoon. This could have been something where the yearbook editors said they just wanted to see how this one went before blowing the doors off the production … but they didn’t. Everybody jumped in and got great material.

Third, actively try new things. I alluded this to a bit in point number one, but for me, this is what I love about advising journalism. It changes, like, constantly. Whether it’s a new piece of equipment, a new technology or just a new way to tell a story, the field constantly keeps it fresh. I love my students want to make this a thing they’re going to carry forward. They tried something new and now that will bring new people into the fold of contributing to our website and video production. We’ll get new students and teachers going to our website to check this stuff out. It’s a great way to continue to keep out of the rut that can so easily come with producing a yearbook, newspaper, regular broadcast or any project.

Fourth, be prepared. Our roundtable had a moderator. Think Anderson Cooper and Martha Raddatz. My yearbook editor-in-chief had twice as many questions as we could’ve possibly done. She wanted to know that even though more people than expected showed up for our roundtable, she had more than enough to keep the conversation going, no matter what.

“It’s hard to find students who are not only outspoken in their opinions, but also have logic and support behind their beliefs,” Kaiser said. “Even more difficult to find is a public school teacher willing to state their political opinions while being live streamed. Especially in the case of our government teachers who try so hard to keep their opinions out of their lectures.”

Fifth, let it go. So many educators want to control everything. We’re accountable to data and evaluations and lesson plans. This was just something that was organic and natural and it became its own thing because it wanted to become its own thing. I could’ve easily interjected, controlled who was doing what and so forth. My students really had fun (fun! While learning) doing this and they had a glow when they were done. They own this roundtable. I’ll support them, give them what they need and let them continue to innovate and do what they want. One of the first things the assembled editors said once we’d finished the live stream was could we do another one? Could this be a thing? My answer was yes. It’s can be a thing. And they had great reasons why (other than just because it was cool and they got a thrill out of doing it).

“I think it gives voice to those you wouldn’t normally expect to hear from,” Kaiser said. “Unless you are on publications staff, you don’t have much of a chance to get your opinion heard. So not only are students given a chance to talk on issues they think are important, teachers do as well. When Mr. Beckmann admitted his vote would go to Trump if he had to vote, the whole room seemed to take in a breath at once. No one expected that from him and it led to some pretty intense discussion the next day in his class.” 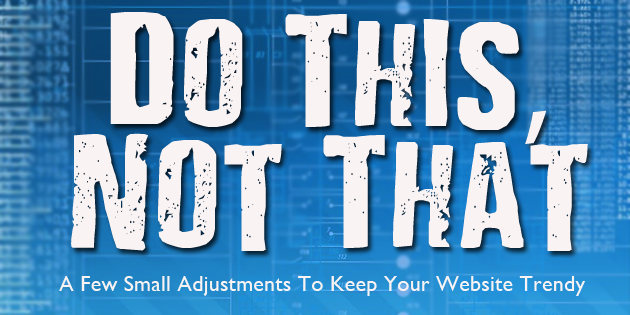 Do This, Not That

Multimedia inspiration delivered to your inbox