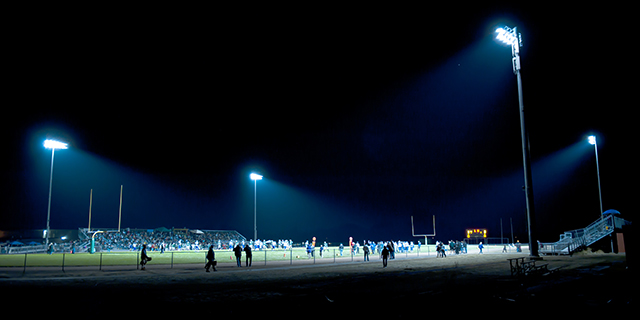 When I streamed my first game with students in 2004, we were “cutting edge”. We ran a mic cable 400 feet to the school, through a window, and into a computer and broadcast audio only using a shoutcast server. It was archaic to say the least! But I was hooked, and so were my students. Now, over 100 live broadcasts later, I still get excited when we get tweets from thousands of miles away appreciating the live HD video stream of our three local high schools’ sporting events.

Today, everyone has the capability to stream live with little or no cost- but how do you get internet to a pressbox, a gym or field? This article aims to discuss some of the solutions for getting internet to remote locations and sharing it across the world.

3G or 4G (Cellular Data)
The temptation when trying to obtain internet for streaming is to run out, grab a hotspot and do it over cellular. After all, the carrier says there is great coverage in the area, and you don’t have to worry about being blocked on your school network. Unfortunately, 3/4G is essentially a shared network. A typical sporting event will involve hundreds of people wanting data from the same tower, and while short term bursts of data are common, sustained bitrates over several hours are difficult to achieve. I will confess I used 4G once at a game to do video with success after a wired failure, but it was spotty, and there were only around a hundred people there. And it used 3GB of data for 480p!

Wifi
Similar to 3G/4G, the biggest issue with wifi is that everyone can access it. Even if it is secured with a password, wifi access points are constantly getting polled by phones and other devices that are in range. Although an unauthorized connection is refused, the wireless access point can get bogged down with thousands of attempted connections as will happen during a well attended football game. With that said, if a reliable connection can be achieved, school wifi is a better option than 3G or 4G. You can improve your chances of picking up distant wifi signals with external antenna wifi adapters like this: http://www.amazon.com/Crane-Super-USB-Wifi-Antenna/dp/B004UR72IM

200 yds is most likely the most distance you can obtain, however. Set the security so it does not broadcast SSIDs, and that will reduce the traffic on the access point.

Internet over Cat5 Cable
Our very first game, we had no internet connection and the football pressbox was 600 feet from the nearest building. We had plenty of cheap cat5 cable- about 600 feet or $50 worth. We ran 6 100 foot sections coupled with cheap rj45 connectors, but it didn’t work. (Cat5 cable can only carry valid signal about 330 feet.) We put a cheap mini switch (like you would use at home) about half way, and we had a connection! When dealing with wired internet connections, every time a connection goes through a switch or a router, the 330 foot limit starts over. Using cheap switches, one can run cat5 several hundred yards without issue- BUT those switches do need power. This is less than ideal because of the likelihood that damage could occur to the exposed cable. This solution is a very cheap for gyms and other events within the building; just run a cable to the nearest connection and you are good to go.

Resist the temptation to use wifi in instances like gyms. Make a little extra effort and run a cable, and use wifi as a backup.

Internet over wireless bridge for +300 foot distances
If your school or organization has lots of money, the best option is to have buried fiber optic cable running to your outdoor pressbox or in conduit in your gym. Most schools cannot afford such an expensive solution. So if you have a scenario where your football field is a mile away from your school, how is it possible to have internet? Before you reach for the hotspot, there is a very inexpensive solution. Point to point radios. http://www.amazon.com/EZ-Bridge-Lite-EZBR-0214-Outdoor-Wireless-System/dp/B002K683V0

For $200, you can have wired internet service up to 3 miles from your school. They can be removed daily because they don’t require careful focusing — just point them in the same direction and you have a connection. The two radios create a “virtual cable” using high frequency radio waves. One radio connects to your school network, the other radio is located at the press box and provides a hard-wired connection. In my opinion, this is the best solution hands down for anyone needing internet for distances over 300 feet. Most of our point to point radios operate at 85% of the capacity of a wired connection in our facility. Again, they can be setup and removed every game.

Local Telco
This is possibly the second best option. Some telcos will donate DSL service or even cable. This will be slower than your school’s internet, but may still be workable. Typically, internet provided by school systems is much more consistent for the simple reason that it is not shared with residential users. This combined with the fact that internet traffic over school networks ramps down after hours, makes your school internet much more preferable to residential internet- but DSL and cable solutions are viable options.

How much internet do I need?
The key here is UPLOAD speed. Using a speed test like speedtest.net, you can easily test your internet upload speed. Requirements are around 500 kbps upload speed to send SD 480P video, 1.5 Mbps for 720p, 3.0 Mbps for 1080i. Do this several times, as burst speeds may be good but sustained bitrates are key to a solid video stream.

I have a great internet connection, now what?
We’ll discuss some options for streaming hardware at a later time, but for now lets assume you have a great internet connection and your video equipment is setup, and you have software like Adobe Live Media Encoder (free) ready to send your stream. How do you get it out to the world? This is accomplished with a Live Stream Provider – Basically, this takes the bits coming from your encoder computer, processes them, and provides them to your viewers. There are several players in this space including YouTube, NFHS Network, The Cube, UsEducationtv, Livestream and some others. Options for stream providers are such that you should not have to pay for this service unless you need special features or support, although your viewers may be subjected to ads.

YouTube
In the past, Youtube only allowed streaming to people with a certain amount of followers; now anyone with an account can stream. Its very simple and the instructions are clear. My personal preference is Youtube because it does and excellent job of re-encoding the streams. If you send it a 1080i stream, it can deliver a 144p stream for mobile users. The event is archived automatically and typically ready as soon as the event is over. Youtube is powered by Google, and it has great metrics. I also like the ability to save highlight clips as the game is being broadcast live. There are few things as cool as tweeting video of a touchdown 2 minutes after it happens.

The Cube
Formerly High School Cube, The Cube is a great service. If you are just beginning live stream, The Cube is probably your best option. They actually have technicians that you can call to assist you — something YouTube cannot do – and they are extremely helpful. Your viewers will be subjected to ads, but they are not that annoying. The Cube archives as well, although I have seen evidence that payment may be required to archive past 30 days in the near future. The Cube’s strongest point is its social integration. When you schedule a broadcast between two schools, it automatically adds the video to both of the school’s “cube”, even if the other team is from another state. This generates a tremendous amount of traffic. Sharing between all social media outlets is very easy. The cube also includes a scoreboard that overlays on your stream so you can get a professional look without any graphics software. There is also The Cube app, which allows for a live broadcast from a mobile device. This is great if that is all you have, but the same challenges with wifi bandwidth as mentioned above apply.

US Education TV
US Education TV has a lot of features and great technical support. We used it extensively in the past. Its big advantage is that it can be the home for your video program- live streams, archived broadcasts- documents– its more of a webpage provider that just a live stream portal. We moved away from it only because it lacked the social media features we needed (after all live broadcasts do rely on a “viral” reach to some extent), and USEDTV also does not archive broadcasts; they have to be uploaded manually.

NFHS Network
The NFHS Network has been around in one iteration or another for a considerable time. They provide a good service, but it does operate on a subscriber model. Simply put, people have to pay to view the stream. The school gets a sizeable portion of this, so consider if your community can support it. They frequently hire groups to do video for playoff games.

There are other players out there; a google search will bring up many pages of stream providers. If you are just starting, I would go with The Cube. If you have some experience or a small amount of technical expertise, I would go with YouTube. The implementation of live streaming will take some coordination with your IT department, as many of the ports and addresses used by stream providers are blocked. Prior to your first broadcast, set up multiple tests to ensure all is well with your connection.

On that note, keep in close touch with your IT department as you plan. We participate in the federal eRate program, so we wired 6 pressboxes and 3 gyms, and the eRate program picked up 85% of the cost because it provided connectivity to locations owned by the school. 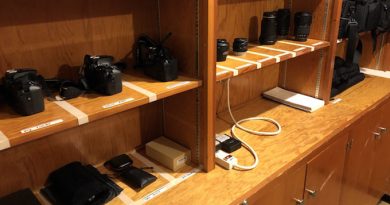 Camera equipment: The headache that never seems to go away 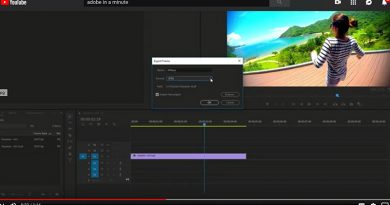 Adobe Premiere: How to Save a Video Frame as an Image