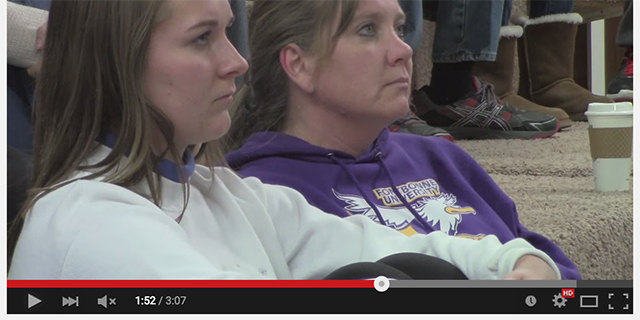 FAITH is an acronym that Al Tompkins uses in his TV Reporter’s textbook “Aim for the Heart” and it is something that my students reach for. Is the story: Fair, Accurate, Interesting, Thorough, and Human?

However, I have felt that over the nearly two decades of advising Blue Jay Journal TV, our best stories not only have the Tompkins’ FAITH model, but expressions of faith in a higher power.

For example, back in 2004 a Blue Jay Journal TV staffer, Joe Morgan, produced a piece about Loving Hearts Outreach founded by Sandy Crider. In the course of the interviews, which got very human, Sandy shared her very personal story. She had been abused emotionally and physically. She vowed if she made it out alive she would be a blessing to others.

Other people interviewed for the story shared similar sentiments: it was God that led them to donate their time, money, and energy to Loving Hearts Outreach. When the story came together in the editing bay, there was this true “gold coin” soundbite that became the title for the piece: “What God Had Put on My Heart.”

Instead of fearing the use of interviews where people profoundly shared their faith, Joe ran with it, and I let him.

That spring a phone call came that I never could have imagined. Ethel Kennedy was on the other end of the line (yes, a land line) to thank me for the work my student had done. She said her people would be in contact with me soon, because Joe had just won the Robert F. Kennedy Award for Excellence in Journalism in High School Broadcast.

Joe and I were treated like royalty (or so it felt coming from Washington, Missouri). He was honored at a gala in Washington DC with professionals from all over our nation. Of all things, I will never forget walking through the airport with a bust of Robert Kennedy on the way home. Luckily, the TSA was very understanding.

Joe is now a television producer for a morning show in St. Louis. The experience with that one story only encouraged his love for Journalism and for telling a story with FAITH, even if that meant someone sharing their own faith.

This is just one of many examples I can think of when student journalists do not “preach” beliefs, but allow others to share them freely when they speak about what motivates them in life. It also teaches students how to report on subjects they may not believe in. Would I only let athletes report on athletes? Would I only let Christians report on Christians? Of course not, because that’s not how the “real world” of reporting works.

It’s a fine line and one that we should let our students walk. How else can they learn how to report fairly and how to report on topics that they are not always close to? How else will they be able to tell a story fairly if they are constantly shying away from religion, politics, and all those other fun topics we are often told not to talk about in polite dinner conversation?

As I look back on the “best” stories my students produced last school year, the ones who brought me to tears and taught me the most not only followed the FAITH model, but they also had faith expressed in them.

I want to leave you with just three examples (from many) that have FAITH with expressions of faith from this past school year:

A cancer survivor was told she would die within two months of her surgery to remove a softball-sized cancerous tumor from her brain. She is still alive years later. http://bluejayjournaltv.weebly.com/brendas-journey.html

A local woman with Cystic Fibrosis was told she’d be dead by age 12. Decades later, she just received a lung transplant. http://bluejayjournaltv.weebly.com/evidence-of-things-not-seen.html

A new restaurant in town ran by a man with a past. He left the west coast to come to the Midwest in search of a better life for his family. http://bluejayjournaltv.weebly.com/tacolicious.html 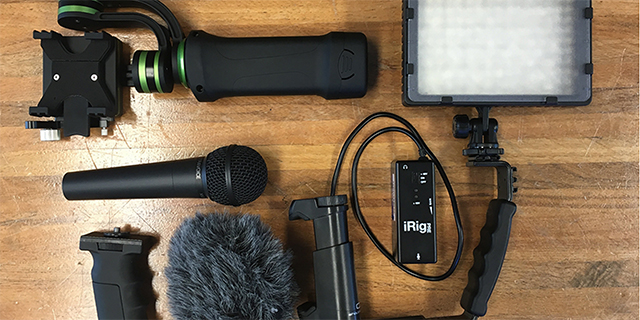 Reimagining Our Programs as J-Schools Reimagine Theirs 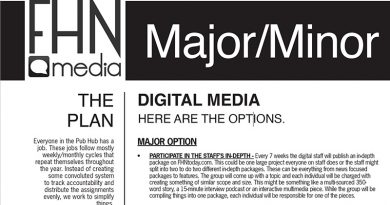