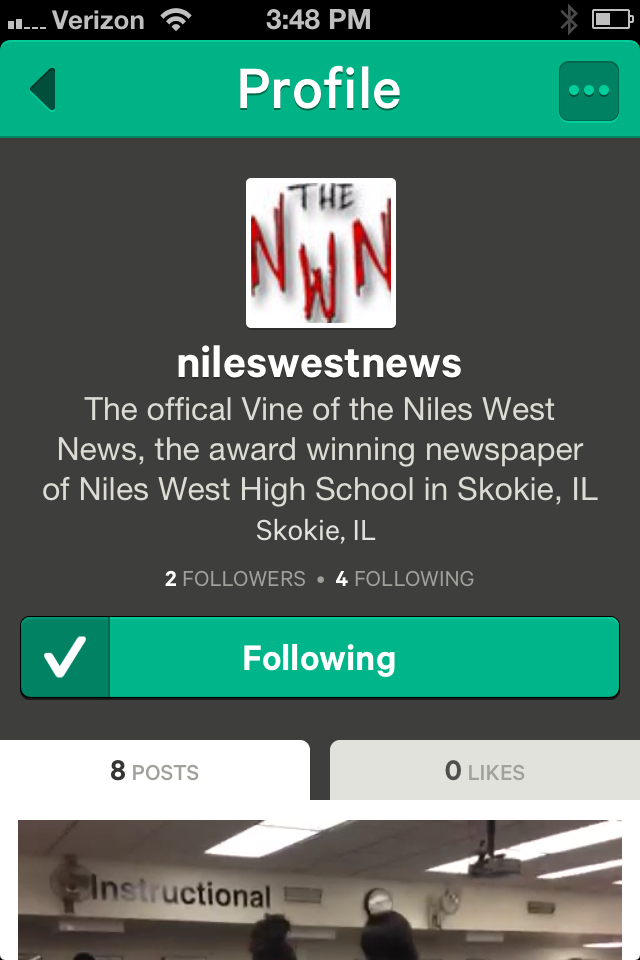 Known as Instagram-for-videos, Vine (which Twitter launched a few weeks ago) displays six-second video loops that can easily be shared to your other social media accounts.

The publication that I advise, Niles West News, began experimenting with Vine a few weeks ago — and while we’re early in the process, I’m convinced of its promise — especially when filming sports and activities.

Here’s what one of my social media directors — who used Vine to shoot track and swimming — had to say:

“Vine is easy to use.  We use it to show action mostly,” Marisda Choute said. “I like the short clips. Most people don’t want to watch long videos anyway, and Vine is a good way to broadcast events quickly.”

Marisda has a point: Six seconds is short. Real short. Already distracted users can watch clips quickly while highlighting content that might appear in your print publication or website in a longer form.

Just as Instragram and iPhones should not replace traditional photography, Vine should not replace serious broadcast journalism. Social media works best when it works to promote content, gain readership, and develop your brand. It’s always a good idea to remind our students of its purpose.

Has anyone else tried Vine? What do you think?

Creating Infographics in Piktochart for the Web and Print