But as we learned – again – Tuesday from Gannett’s layoff of 700 employees, journalism programs at all levels of education need to be adapting. Constantly. (Full disclosure: I work for the University of Iowa School of Journalism and Mass Communication and am heavily involved in scholastic media.)

• That means specializing not just in news, but information. It means training students for jobs not just in newsrooms, but corporate settings in all fields, non-profits, the political arena, etc.

• It requires training professional communicators to go out and find an audience, not wait for the audience to come to us like they did in 1953. That means mobile communication – my deepest professional passion. Where are people with the spending power? They’re on their phones. A lot. Small and large companies, sports organizations, media outlets, government agencies and entrepreneurs need to be connecting with people through modern telecommunications methods.

• Partnerships for journalism programs are imperative, but it has to be the right kind of partnership. Partner with business colleges, political science and athletic departments, and hell, why not school district and university communication offices? Computer science. Pop culture. ROTC, DECA, student government.

• And if that means one or two less writing and broadcasting practice courses, particularly at the university level, so be it.

• There are modern journalism success stories, such as ProPublica and the Center for Public Integrity. There are reasons to be optimistic. AOL’s Patch is hiring journalists at a rate hardly seen … ever. The New York Times’ pay wall might actually be working. It’s only been a couple of days, but Keith Olbermann’s show on little-known CurrentTV is beating CNN’s programming head-to-head.

This isn’t a post meant to lecture scholastic and university JMC programs. Most are run intelligently and are moving in the right direction. Certainly mine, Iowa, is. So are the University of North Carolina, City University of New York, Northwestern University, and others, and at the high school level you can point to Francis Howell North outside of St. Louis, City High in Iowa City, Niles West in suburban Chicago, the Paly Voice in Palo Alto, Calif., and many, many others. What this post is, is a plea to not let up. To realize, no matter how much a pain in the ass it might be, that if you’re going to be in the journalism and communication education business, curriculum needs to be re-examined on some level constantly (every semester). It just does, realistic or not. JMC curriculum must be a living curriculum.

As for what happened to Gannett, there will be power players and groups of people who overreact, who will see what happened and use it as an opportunity to axe a high school journalism program, or who try to use it to gain political advantage against a JMC department at some college or university.

IHSPA board member Jonathan Rogers just this week landed Starre Vartan as our 2011 keynote. She’s perfect – an online media entrepreneur. She’s founder and editor of Eco-Chick, an author, blogger, etc. In other words, she’s a self-made media success in 2011.

It can be done. It is being done. Let’s fit the curriculum to the market – the real market – not the market of our idealized dreams of years past but the target market for where professional communications will be in 2020.

Dave Schwartz is executive director of the Iowa High School Press Association and an adjunct faculty member of the University of Iowa School of Journalism and Mass Communication. This post originally appeared on his website. Follow him on Twitter @daveschwartz. 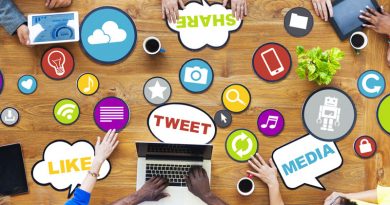 We’re looking for judges for online and broadcast/video contests. Would you like to help?

One thought on “Journalism programs and a living curriculum”