Question: “If you had a chance to revise your whole journalism curriculum what would you do?  We are in the thinking stage of doing this at our school to include convergence.  Currently we have one teacher teaching one hour each semester of newspaper and Intro (mainly about newspaper) and another teacher with one hour each semester of yearbook and photojournalism (mainly about yearbook photography).  We would kind of like to throw everything out and start new.  We would still have two teachers available for 4 hours. Open for suggestions.”

The first step involves convincing your administration and department chairs that the proper way to teach 21st century journalism means moving away from the traditional one-teacher-one-classroom-one-hour model of instruction.

A modern multimedia newsroom shouldn’t be compartmentalized in such a way, and neither should journalism education, whether it’s at a high school or a university. In fact, universities – both in their student media operations and in the classrooms and labs – have done what they can to incorporate team teaching and multimedia instruction into their curricula.

It doesn’t mean you can’t meet your administrators half-way, though; thus, this modest proposal (no cannibalization required).

Assume the following courses that in which students can be enrolled:

• Multimedia Journalistic Writing (it used to be Introduction to Journalism)

o One hour of the day

• Multimedia Electronic Production (it used to be Photojournalism)

o One semester (usually after the writing course, but could be taken concurrently)

o Two hours (consecutive or not)

o Year-long course (Students may enter by passing the previous two courses or through a rigorous application process in which they prove they have skills valuable to the publications/programs produced in this course – Web, newspaper/magazine, yearbook, broadcast news programs)

o Requires dozens of individual plans based on student interests and skills.

o Same two teachers as above

o Same two hours as above, based on individual student’s schedules, if you’re lucky

• If you’re not lucky, you’ll have to create another hour for these students to meet

So, assuming you have a traditional schedule, you’ll need two teachers to handle journalism courses: one teacher (we’ll call her Ms. Tarbell) to teach the writing and traditional journalistic skills, and another to teach the more technical aspects of multimedia production (Mr. Jobs).

• Seventh period: COCKTAILS for both Tarbell and Jobs

Both Tarbell and Jobs will be teaching journalism during only three periods but doing a 3-for-2 during the two-hour period in the middle of the day, so they’ll have the four-course availability/responsibility you mentioned earlier. (Don’t ask me how this works in a block schedule; hopefully you understand the intent.)

In short, yearbook/newspaper/online/broadcast combine into a two-hour, two-teacher multimedia newsroom with teams of students working on projects for all media: specifically Web and print.

The “newspaper” would be a Web-first publication with either specialized publications (targeting specific audiences at different times of the year) or just a best-of once-per-semester publication for feature meastro stories. Your Web site would include that which makes for great Web journalism, including photo slideshows, audio slideshows, video of all types, breaking news, multimedia packages, notes, briefs, blogs, two-way conversations with your readers, etc.

The “yearbook” would be what it is and always has been, but that staff could contribute photography and other work to the Web and any publications you might have.

The workflow could be daunting based on rolling deadlines (you want your Web site updated regularly, not just monthly) and some students could be working on multiple projects at any particular moment (I’m filing a next-day Web story on tonight’s football game, and I’m working on a yearbook spread for homecoming and adding a sidebar story to somebody else’s teen angst story that’s due in a week? Wow), but that’s what we’ve always done anyway. And if you have experienced students in the class who know how to produce, then the classroom becomes a workspace every day, and they’re there to learn while doing their jobs.

Author’s Note: Jeff Browne is the Lecturer/Director of KSPA and KJI William Allen White School of Journalism at the University of Kansas. 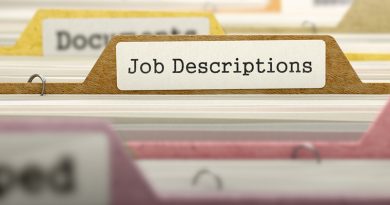 Looking for job descriptions for your web staff? Consider having them write their own