This year, while teaching at San Marin High School in Novato, California, I have tried to combine my love for teaching and my love for story telling. There have been times when being able to do both has helped me as an instructor. There were other times when I wondered if I succeeded at either.

At Journalism Education Association conventions, I have judged and critiqued thousands of photographers. Recently, JEA has changed the photography critiques so that all contestants sit together and view a small collection of the photos. The photographers are critiqued publicly in front of a few hundred other students.

How many teachers expose themselves to potential public ridicule? I try to avoid it.

Before the recent JEA student critique, I asked Gary Fong of  We Are Photographers to critique some of my photos.  I told Gary that I wanted to learn how to be more sensitive to the students I was now critiquing publicly. I also wanted my students to see that I could submit to the similar scrutiny.  Somehow, I thought this entire process would give me more credibility. After going through Gary’s Gauntlet, I am questioning my own credibility.

And, I am an adult who asked to be critiqued. How do students deal with us?

Once I read Gary’s comments again, I realized he was rather polite. I saw mistakes that he did not mention. I also needed to update my own disjointed webpage.  (I had several excuses for its lame condition, but had any student made similar excuses I would have reduced them to tears. ) I had become sloppy.

Being evaluated by a professional was important for another reason. While I respect my principal, expecting him to evaluate me seems unfair to both of us.  (For that matter, how do principals evaluate auto shop? I can barely evaluate my own mechanic.)

It seems only fair that I am willing to be criticized too.

note: the top photo was taken by my son. he turned 5 two months after he took the photo. I taught him him. 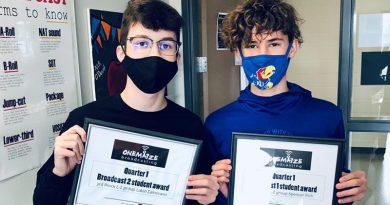 4 thoughts on “Trying To Practice What We Teach”