On Dec. 12, 2010, the HiLite Online garnered 258 views – a pretty average day for the site. On Dec. 13, however, that number spiked to 760 views. The reason? Snow, or rather, the fact that Carmel (IN) High School, which had already been out of school for a snow day that day, had just issued a two-hour delay for the following day. Why was that significant? Because the next day – Dec. 14 – was scheduled to be the first day of final exams, and students who had been studying like mad to prepare were now freaking out because they didn’t know what the modified schedule would be.

We know they were freaking because after the district-wide phone call announcing the delay on the evening of Dec. 13, Facebook, the popular social networking site, started to light up:

“What’s the schedule? Does anyone know?”
“Are we going to have school on Friday?”
“That (old schedule the school had already posted for two-hour delays) won’t work b/c of finals.”

Enter the HiLite management team. What follows is an electronic conversation:

E-mail from HiLite editor in chief Sara Rogers to me:
Mr. Streisel,
Is there an adjusted schedule for tomorrow yet? I’m just assuming that we’ll follow the two-hour delay schedule that we were sent a couple of days ago. I re-linked that schedule to the ticker/social networking pages since I wasn’t sure and said it was “tentative.” Let me know if anything changes and I’ll fix it!

Me back to Sara (who interviews our principal, John Williams, on a regular basis for her beat report):
I haven’t heard anything yet, but contact Mr. Williams ASAP. They should be working on that now.

Posted on @HiLite_news Twitter feed:
All right everybody needs to calm down. Talking to John Williams now so @HiLite_news will update you ASAP. #2hrdelay is 2 intense right now.

E-mail from Williams to Sara (CCed to me):
Sara,
Attached is the schedule for tomorrow. We appreciate your help with getting this word out to our students. Thank you.

Note that all of this conversation happened within a matter of minutes, from the initial district-wide phone call announcing the delay to posting the updated schedule on the HiLite Online website and, subsequently, posting a link to that schedule to our corresponding Facebook page and Twitter feed.

Subsequently, the post with the updated schedule accounted for most of the site’s page views I listed earlier. Here’s the breakdown of referring sites to that schedule from Google Analytics data:
• 411 from Facebook
• 111 from direct traffic (people typing the website address into their browser)
• 59 from Twitter

Again, the numbers don’t lie. At this writing, the HiLite Facebook page has over 1,100 fans. The Twitter feed (@HiLite_news) has over 600 followers. And where do our readers get their information? Well, like most young people in this country, they get it from social networking sites. We’re crazy to think otherwise. Facebook and, to a lesser extent, Twitter are the go-to locations for readers who want information. And we’re naïve to think they type in the URLs for our websites to get that info. Rather, they use social networking sites as portals to those locations.

Nowhere was that lesson more obvious for the HiLite team than that snow day in December.

Facebook and other social networking sites often get a bad rap from administrators and community members who don’t understand them. Because of this confusion, many automatically assume the worst. But put in a different light, social networking sites should be seen as what they really are: tools. Like any tools, if they’re used responsibly, they can lead to wonderful results – better communication with readers, more opportunities for discourse, etc. It’s up to education professionals to teach students how to use those tools properly. And once administrators and detractors see the benefit, they often come around.

Case in point, just yesterday Indiana experienced an all-day snowfall. Although we did make it to school that day, the snow caused several after-school and evening cancellations. Our principal found his way to the HiLite room about mid-day. He was looking for Sara Rogers.

“We’ve got a whole lot of information here,” he said, “and we want to be sure the kids get it quickly. Can you post this online?”

We were more than happy to oblige. 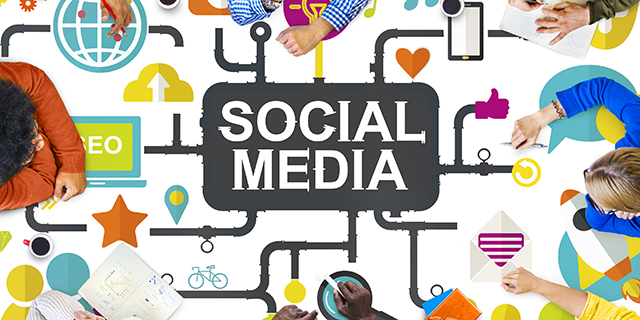 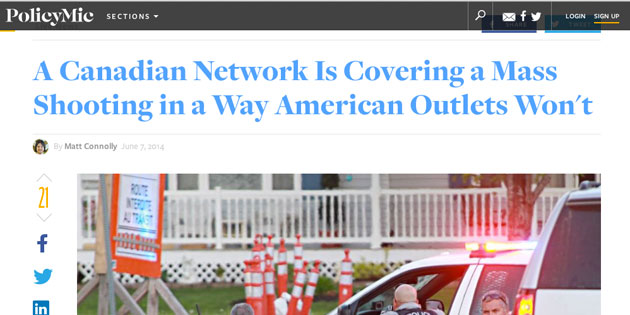 Covering tragedy: Oregon shooting rekindles discussion of how and what to report