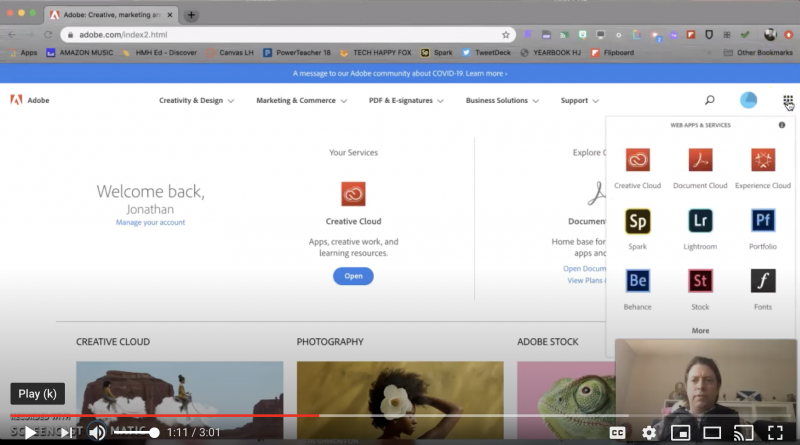 Last year, Little Hawk journalism switched over to Adobe Creative Cloud from the web based or browser based versions of InDesign and PhotoShop. We purchased a few laptops for designers to checkout and worked with our IT and Adobe team to get it setup through our school GMail accounts. It did take a bit to get all the students setup but once they were logged in it was pure magic. Below are a few tips and a video on installing Adobe Creative Cloud on a home computer. Adobe Creative Cloud doesn’t work on Chromebooks, but it did work fine on a regular MacBook.

Students loved using the Adobe Rush video editing and Adobe LightRoom photo editing apps on their computers and phones. Those two apps are build to sync in between phones and computers.

Is it really InDesign?

Yes. It is full InDesign and all the Adobe apps that students can access from any computer in the world they are logged on to.

How do you save files or share files with your team?

At the top of your computer there is an Adobe Cloud icon and on Macs there is a Creative Cloud folder that can be shared with your team. The files sync within a few minutes. No uploading or downloading. Make sure people don’t have files open at the same time or “conflicted copies” will occur. Also make sure you are all using the same version of InDesign or “conflicted copies” will occur. There is a deleted files folder in the cloud in case something accidentally gets deleted. 100 GB of files can be stored on an account.

What were some of the problems students had using Adobe CC?

The biggest problem was getting their school GMail account synced with their Adobe.com account. See the video below, but they will need to be logged in to their school GMail and their Adobe.com on account for syncing to occur correctly. Getting everything synced, everyone on the right version of InDesign and not using the same files at the same time were the keys to success.

What are the benefits?

Using Adobe CC has given students access to the complete suite of Adobe apps at home and at school. Students can also access all the Adobe Tutorials for all the different apps. From Rush for video editing to LightRoom for photo editing. The biggest benefit is that LightRoom and Adobe Rush video editing sync right to their cellphones too.

BYOD – bring your own device – a growing trend in education 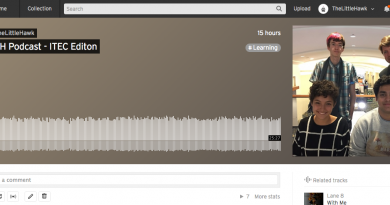