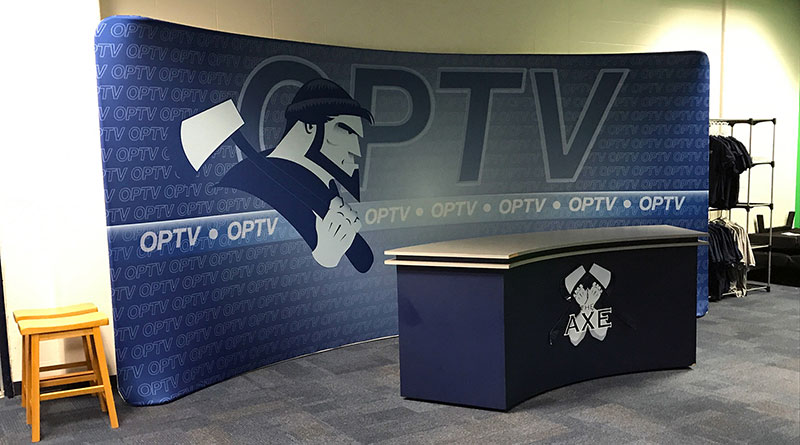 What is your name?
Christina Geabhart, Frieda Green and Kelly Rule

What school do you teach at?
Oak Park High School

What city and state is your school located in?
Kansas City, Missouri

How many students are involved at the media program at your school?
177 students

Describe your space for us.
The journalism suite opens off the main hall. There’s two classrooms and two closets. We have one classroom used primarily for yearbook and sports marketing classes. It features alternative seating in a couch, conference-style tables, a mini-fridge, microwave and all-important coffee maker, as well as loads of shelves of yearbooks from across the country, idea books and other reference materials. A storage closet across the hall stores 50+ years of school history: there’s a copy of every issue of the newspaper/newsmagazine, reader copies of the yearbook, as well as extra copies for sale to alumni, back copies of the student broadcasts, among other storage. The second classroom homes the three beginning level journalism courses, as well as the newsmagazine, broadcast and sports broadcast publications. It’s divided nearly in half as classroom and studio. Broadcast programs and photographers share the studio space, lighting rigs and backdrops. This classroom also has the equipment closet with shelves for cameras, mics, tripods, and other equipment and plenty of outlets for charging batteries.

What do you think are some of the benefits of the workspace you all have?
Camaraderie. Converged journalism happens here. The staffs share the rooms and ideas all the time. For example, it’s not uncommon to find a broadcast student sitting on the couch discussing his upcoming video package with a newsmagazine student or to find a yearbook editor teaching a newbie newsmagazine photog how to color correct an image. It’s like the song says, “But you know, love grows best in little houses With fewer walls to separate… You can’t help but communicate.”

What do your students like most about the workspace you have?
Being removed from the main hall by our little hall, students say it makes the space quieter, so they can work. It also keeps us from distracting other classes when having loud discussions or team-building activities. Students love all the mini-spaces: there’s spaces to plug in headphones and dig into work, spaces to interview or research, spaces to shoot a portrait in studio, spaces to record VOs, spaces to be social with other staffers, etc. “There’s lots of space to move around and interact with each other,” an EIC said.

What computer programs and/or apps is your staff using on a regular basis for their work?
Adobe CC and GroupMe

What tech equipment are your students using on a daily basis?
In our 1:1 school district, all students use MacBook Air laptops. We’ve recently added two iMacs to the classroom for broadcast graphics and print designers. The processing speed on these desktop machines is considerably faster than the student laptops and saves precious production time, plus the larger monitors are great for the print designers’ work. Students in the level one photojournalism class learn on personal or point-and-shoot cameras. The yearbook and newsmagazine staffs share a set of Nikon and Canon DSLRs of varying ages and models – the oldest is 12 years old with the newest purchased in the last six months. We have two 50mm/1.8 and two 70-200mm/2.8 lenses and two external flash for yearbook and newsmagazine to share. Students in the level one broadcast class use Canon Vixia cameras before graduating to Canon DSLRs and two GoPros in the broadcast production course. There is a variety of mics available, including handheld, wired and wireless lav mics, shotgun mics, and USB mics, depending on what type of audio is needed. Tripods are shared between photo and video classes. Our school district has four high schools. Last year, the four programs split the cost of a Phantom drone. In the fall, students from the schools attended a training to learn to fly.

Aside from the computers and the programs, what are one or two pieces of equipment that you have that you think other programs should have.
Programs need a 50mm/1.8 lens – for print, it’s great for shots in a theater production or under other low lighting conditions; for broadcast, the shallow depth of field makes for dramatic interview shots. It’s a fav.

How is your workspace funded?
Some equipment is funded on a building level, some on a district level, and some is purchased with yearbook sales or newsmagazine ad sales.

Do you have anything on your wishlist for your space? If so, what do you have and why?
Indestructible tripods. Do they exist? It seems tripods are always the first thing on the “needs repairs/replacing” list.

(This is one of a series of posts where high school newsrooms are showcased. We’d love to showcase your newsroom on the site. To find out how, check out the information here and submit yours today.) 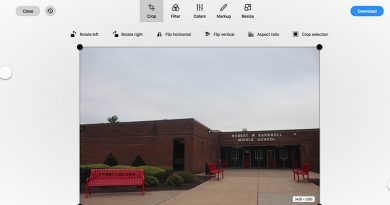 Check out doka.photo for a free, simple photo editor 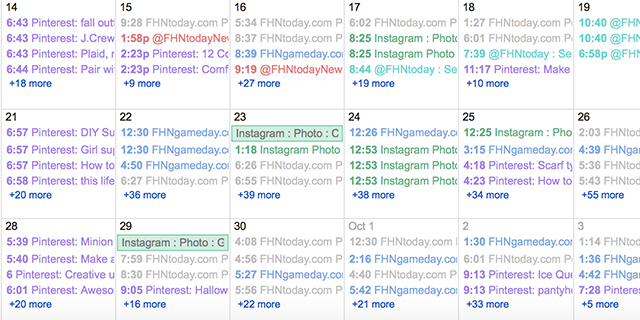 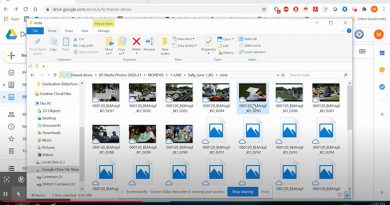