I attended the Online News Association Conference earlier this month and met Chris Demiris who was showing off the high-powered mobile video editing app LumaFusion. I was instantly impressed. I have had a tough time convincing students to go all in on mobile video because they have felt handcuffed with  apps like iMovie that I’ve shared with them. They’ve gotten spoiled with Adobe Premiere on the desktop and felt that anything less was too limiting.

After five minutes of watching Chris show off LumaFusion, I have a feeling my students will be singing a different tune about mobile video editing.

The iOS app is regularly $40, but was on sale for $20 during ONA. Chris says if the app remains doing well they may leave it at $20, but the app has the potential to go back up to its original price. I went ahead and embedded a video from 9to5mac about LumaFusion in this post so you can get a feel for what the app is like. It’s from a few months ago and it’s a different version of the app that is currently out, but I thought the video did a nice job of showcasing how the app works and what it’s capable of. If you’d like to see LumaFusion’s extensive online tutorials for the app, you can find them on their Youtube channel here.

While I learned a lot of great things about the app, one of the neatest things I learned about Chris was that he was a part of a journalism program when he was in high school. He went to Judge Memorial High School in Salt Lake City, Utah, and was on the newspaper staff.

I was able to ask Chris a few more questions about his background and how this app could benefit high school journalists.

AARON: I know you have an extensive background in video editing, why did you decide to create LumaFusion and what were your goals for the app?

CHRIS: LumaFusion was the culmination of years of working on editing software at Pinnacle and Avid.  We had created Pinnacle Studio for iOS, which was a great app, but was based on older desktop technology.  With LumaFusion we wanted to create something that used the best features of iOS, and gave the user true desktop editing power on mobile, but still made it fun to use.

AARON: What do you think differentiates LumaFusion from the other video editing apps on the market today?

CHRIS: I think the key differentiator for LumaFusion is the amount of control the user has over every aspect of their project (aspect ratio, frame rate, resolution, etc), and the full multi-track functionality.

AARON: In what ways do you think high school journalists could use this app to make their reporting easier?

CHRIS: LumaFusion lets high-school journalists capture and edit on their mobile device, creating a professional result with the look-and-feel they want (rather than the look-and-feel of the templates that most editing apps provide).

AARON: When you were in high school, were you a member of any journalism program at your school? If you were, what staff were you on and what role did you play?

CHRIS: I was involved in the school newspaper back in my high school (that was a long time ago) as a story contributor. I always enjoyed building a story, both in print, and later in video.

AARON: Were there some things in high school you did that sparked your interest and eventually led you to where you are today? If so, what was it. If not, what were you thinking about doing in high school and how did you end up where you sit today?

CHRIS: In high-school, I became involved in computer programming, but also loved writing in AP English.  I think that combination of technology and love of story were significant in where my career led. After high-school I worked at a store selling Amiga computers (which were used heavily by independent video artists), and that led to my career working in technology in the video industry.

AARON: Is there anything else you’d like high school students and their journalism advisers to know about LumaFusion?

CHRIS: LumaFusion is designed to let you edit as a professional from day one. It has a little more of a learning curve than some of the simpler video editing apps, but it will give you the foundation you would need for editing with any software, including the big desktop products like Final Cut, Premiere and Media Composer. For most of your work however, LumaFusion may be all you’ll ever need, and is more fun to work with than any desktop editor. 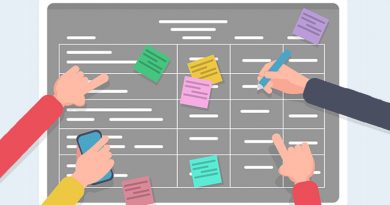 Want to grow your digital audience? Create a schedule and stick to it