Grading is an unpleasant necessity of the educational system, and a challenge for broadcast advisers to get right.  In my previous article, I talked about my personal philosophy on grading.  But there are as many ways to grade as there are teachers, and it’s important to find a system that works best for you and your students.  Below are reflections on grading from some advisers that I highly respect.

“I don’t believe in grading. I believe students will only work for a grade if that’s the only culture instilled. In our class, we instill a culture that we are a production, not a class. Therefore we are only as good as the weakest link. This culture cannot be achieved by individual grades.
That said, I believe all students should be responsible for their own work. When kids work in groups, especially in video, there is always a major imbalance, in my experience.
My students “hire” other students in the class to help them with their projects. That way students can earn more “points” in addition to their own video project.
I have found when I take the caveat of a grade away, students typically work harder and end up providing more content. These end up being the best students and highest producers.
When I have to tie grades to motivation, the product goes way down, there is no motivation, only to grab as many points a possible to keep their parents off their back and their college transcript intact.”
Here are Don’s Grading Rubrics for his staff.
Ellen Austin.  Director of Journalism, The Harker School.  San Jose, CA.  Former Dow Jones Journalism Adviser of the Year. @EllenAustin
“I tried several different methods, but kept running into the challenge that there is often a shifting workload for broadcast teams every week, and it made it hard to get a “point system” for assignments that tracked.
I shifted to a “weekly salary” system, and to my surprise, that worked and got good feedback from kids for being ‘fair’. Basically, it worked like this: on Friday, I would have a 1-minute verbal chat with each staffer and ask, “What did you do this week?” They’d tell me what their work flow had been (sometimes it was a ton of stuff, sometimes it was a light week for that particular person) and then I’d say, “How many points out of 10 should you get for what you did?”
I was again surprised to see how direct kids were about their own “salary” and they would mark themselves down if they thought they had goofed off, or missed deadlines for a segment or otherwise had something hold then back.
Doing it verbally seemed to be the trick, and making it a FAST conversation.
I’m trying this at my current school this year, and I’m seeing a similar pattern — the kids say it’s “fair”, the conversation lets me hear in a nutshell what each kid is doing, and if they stumble one week, they can catch up the next.”
Jon Reese.  Journalism Adviser, Decatur High School, Decatur, GA.
Jon’s philosophy can be summed up with his seminars at the National High School Journalism Convention: “It’s the Little Things” and “I’m An Adviser, Not An Editor.”  Essentially, his staff develop a culture of high standards whereby grading becomes secondary to the finished product.  And since the publications are student run (he advises print, online and broadcast in a “converged” journalism program), team leaders help the staff improve, with minimal input from the adviser.   He has graciously shared his grading rubrics.

“Essentially, we break the skills of broadcasting into 6 categories and the students are graded weekly on each of those categories.  We first ask the students to give themselves a grade and then we go through and adjust accordingly.  More often than not, the kids are pretty accurate because they have the rubric in front of themselves as they grade their projects.  The goal for students is that by the end of the semester, they’re getting 3s and 4s on every skill of each project.

Obviously, because they haven’t mastered the skills at the beginning of a semester, they’re likely getting 1s and 2s.  Their overall grade is determined by the trend they have at the end of the semester.  We look at their last 3-4 stories and if they have a consistent trend of 3s or 4s, they earn one of those grades.  If they haven’t created a trend and are all over the map, we look further back on the semester.  If there’s still no trend, we sort of average it out.

We’ve found it helps to keep some of the seniors from slacking off at the end of the semester because they know if they turn in three bad stories, their new trend is going to be 1s and 2s regardless of how they did in the middle of the semester.

We’ve used this grading system since 2010 and have had pretty good success with it.  The most difficult part has been explaining to parents that 50% in the class, which is a 2 out of 4, isn’t actually failing.  Once they understand more about the system, most have been receptive to it and enjoy how it rewards student’s skills.” 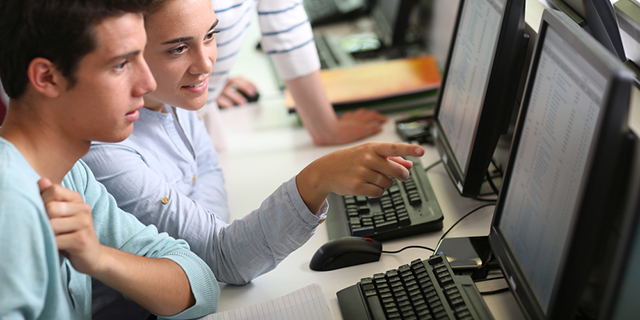 How to begin the data conversation 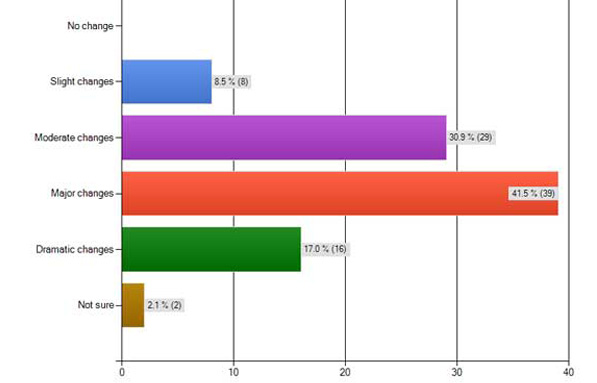 Survey of broadcast and video advisers shows that most advisers added broadcast/video to their job duties, want curriculum materials to assist them 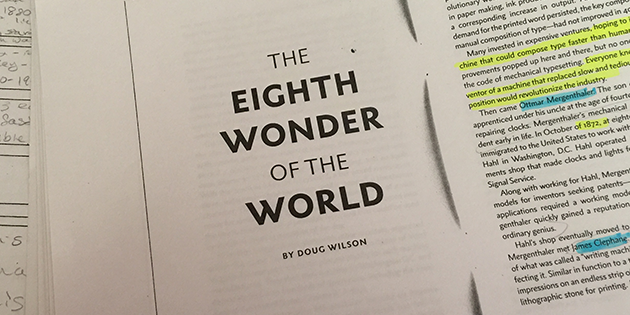 ‘Linotype: The Film’ animates history of the printing press (Review Part I)