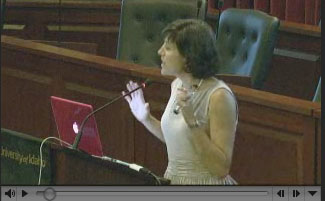 If you thought your job was to help students understand the vital role they play in the Fourth Estate, think again.

The Fifth Estate has changed all of that, according to Kelly McBride, a specialist in media ethics at The Poynter Institute.

Speaking in Boise for  The Oppenheimer Ethics Symposium on “Reinvigorating Ethics in Media Practice for the Digital Age,” McBride shared information about the Internet’s disruption of newsroom dissemination of information since 2000.

Streaming video of this event is available.

It’s not that your students don’t play as important a role as ever in the Fourth Estate, rather the new journalist also has to contend with the Fifth Estate:  anyone who is distributing information to create a conversation.

The new media environment has lost anywhere between 15,000 to 30,000 newsroom jobs, employees whose purpose it was to do journalism.  The impact and popularity of political blogs such as Red State and Little Green Footballs that arose in the early 2000s dates the moments when “journalism starts to feel the earth shake under its feet,” said McBride.

It’s not all gloom and doom.  Some of the advantages of the rise in citizen journalism means (1) more voices can be heard, (2) more people of color are participating in the conversation, (3) there’s more conversation, and (4) the voices aren’t being controlled by a small number in the media.  What’s difficult is that there is “so much put out that it’s hard to tell the truth from fiction.”

The Fifth Estate has no rule as to when, why, or what is being recorded and asked.  For example, the Fifth Estate can show politicians in unguarded moments or use tactics of distortion and manipulation to support agendas.

Although some bias is fading from real journalism due to the influence of Internet trends (for example, she cited the virtual impossibility of being a journalist without being on Facebook), the people who sort through the truth “must remain neutral,” said McBride.

The period between 2008 to 2012 saw an explosion of social media use.  Although this represented a change in media, Twitter, for example, is more a reflection of “early adopters of technology, not America,” she stressed.

Journalists now become the “sorter of information,” she said.  Newsrooms are attributing information to Internet sites and some apps are touted as more Fourth Estate than Fifth Estate.  For example, Politifact.com tags politician’s comments on their degrees of truth, using a meter dial that ranges from “Pants on Fire” to mostly false to  mostly true.

What’s happening now is a both a tug of war between the Fourth and Fifth Estates and a merging of the two.

McBride said a sign of today’s journalistic success is when the Fourth Estate clarifies versus adds to the noise.

More importantly, for student journalists, she said “journalism is an excellent undergraduate foundation, but not a lot of journalism jobs will be there.” 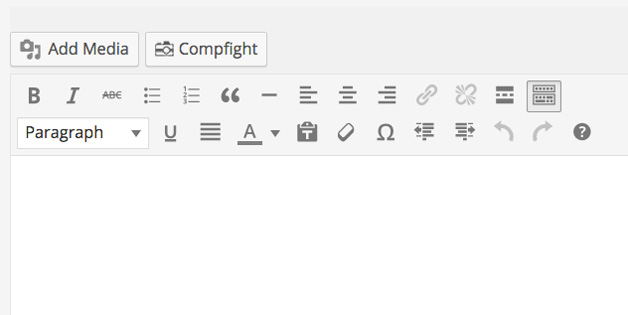