Coni Grebel of Lee County High School took  some time a few weeks ago to share how her staff organizes themselves for generating web content. She’s shared what the staff’s weekly deadline calendar looked like this semester and another handout describing their system. I took what Coni shared via email and have posted some excerpts from her email below.

As most staffs are looking to do things better and rethink content generation systems for the web, here’s another system to take a look at.

Attached are our schedules for beat reporting. The first is a weekly deadline (attached here) by which reporters must have either gathered their research (interviewed advisor, gathered scores or stats, connected with an involved student, etc…) or have turned in a No News form (also attached) signed by the adviser. The second schedule is 24 hours later – usually – and is when the beat and photos for the beat must be posted on the website, pending review by the web editor. We tried having beat reporters responsible for photos, too, but things are working better for us now that we have a separate photo team working on those. It’s certainly still a rough system, but it’s working better each week.

A beat reporter can choose to post a video or a new photo gallery instead of a traditional prose report. He or she can even turn in a longer feature article if so motivated. But what we’re really after here is just a way to generate newsworthy content fast enough to update the site daily.

I’ve also attached a quite generalized description of the beat system (attached here) as we started it in January. Some of this turned out to be a little too idealistic. For instance, it says that every beat reporter will also post a Tweet. Not feasible. We did require that just long enough that everyone had some exposure to Tweeting and how to do it effectively, but we now have a separate social media beat. That beat reporter chooses three items a day to Tweet about – or at least, that’s her goal. She also posts a Facebook posting every day. The Facebook post must either be at least 4 lines in length or include a photo or link. The social media beat reporter is also responsible for running various “campaigns” every now and then to boost Facebook friends or Twitter followers or to increase traffic on the website.

It’s still an evolving process, but then, so is everything else in scholastic journalism! 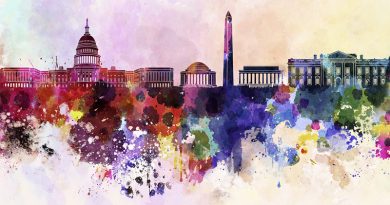