Google+ hangouts as they apply to scholastic journalism

As Google+ rolled out in its limited beta this July, I really wanted an invite. Not so much of what I now know it can do, but simply because I wanted one.  Now I know why I wanted it. I’ve tried the Google+ Kool-Aid and am definitely thirsty for more.

In the past 10 days, I’ve had students conduct interviews via Hangouts on Google+ with great efficacy. Both interviews were with Aurora Meyer, from the Missouri State Teachers Association, about Missouri Senate Bill 54. Here are a few thoughts on the benefits of this service, as they apply to scholastic journalists.

Connection
Any journalism adviser would tell you, the best way to get great information out of a source is to interview that person face-to-face. Unfortunately, that is not always possible. While it is possible to do interviews over the phone, email or other social media, there’s a level of engagement missing from those media. The Google+ hangout gets rid of some (but not all) of that. You can see your source, their reactions, body language and so forth and they can see you. There’s much more of a chance for connection to a source.  When my reporters were speaking with Ms. Meyer, I could tell they were engaged with her, and vice versa. The connection was there.

Collaboration
Across districts, countries or oceans, there is great possibility here. G+ contains a chat feature, as well as the ability to share YouTube videos. For scholastic journalists, I can see a future where sources from one area are made accessible to others. Where during major news events, students can get a peek into the newsrooms across the world. At KOMU-TV in Columbia, Mo., they are hosting hangouts two or three times per day during their broadcasts, to give people an inside look of what it is like to produce a television news show (follow Sarah Hill if you want to check them out). I can see, with a great level of preparation beforehand, tutorials or classes being handled through Google+.

Press conferencing
The first Hangout was designed as a press conference. Part of me wanted to keep Ms. Meyer as a source for our publication, but that feeling passed after about three minutes. In a Hangout, whomever is talking shoots to the largest view in the Hangout, in essence putting them in control. While it would be easy for one person to dominate this situation, it wasn’t our experience. In addition, there are in-screen controls which would allow the person who created the Hangout to silence others (double check this), should the need arise. We set the rules at the start of the Hangout, in order to make sure everyone got what they wanted from the Hangout.

Branding and market research
Google+ for brands is on its way (check Mashable’s story here). Many of our publications are already using Facebook and Twitter to inform and share what our publications are doing. Here’s another venue for finding out what our readers or viewers want. Editors could conduct a weekly/monthly/quarterly Hangout to find out what students, readers, teachers or advertisers want. Talk about engaging with your audience.

How to Easily Resize Your Photos for the Web Using Resizeyourimage.com 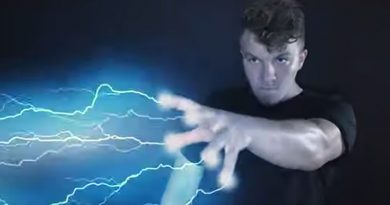 Adobe After Effects: How to Make Star Wars Force Lightning (for your non-journalistic projects)