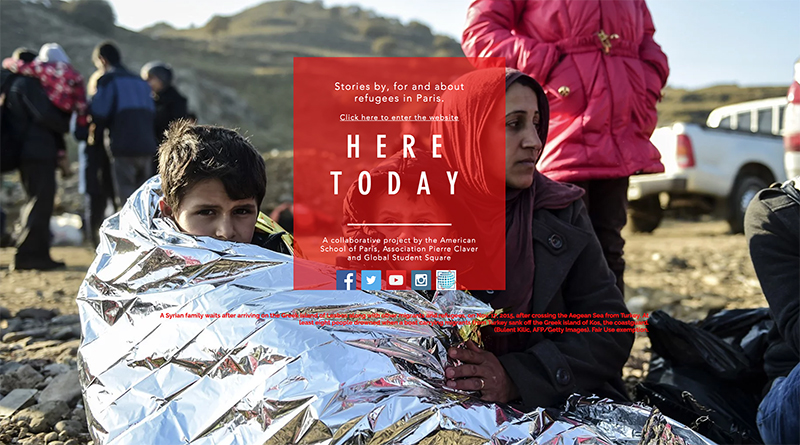 Can 10th graders in a beginning journalism class use digital media tools to get a grip on complex global problems?

They can. Global Student Square, an international student journalism network, partnered this fall with students at the American School of Paris and the Association Pierre Claver, a school for refugees who are seeking asylum in France, for an in-depth dive into global migration.

Free, easy-to-use digital tools were key to doing a pop-up project with students who had little or no prior journalism or publishing experience.

ASP students began by visiting and reporting on the Stalingrad and Jaures refugee encampments in central Paris in September. We also partnered with Claver, doing interviews, creating photos and videos and developing a much deeper understanding of migration in conversations with refugee students on Saturday mornings.

Whenever possible, we took a “mobile first” approach, creating and editing content in the field using smartphones and mobile media kits. We also stuck to free tools, including Infogr.am, Issuu, Medium, Piktochart, Steller, Slidely, SoundCloud, Spotify, StoryMapJS, Thinglink and Timeline JS, as well as Facebook, Instagram, Twitter and YouTube. (Note to teachers: Click on our “Starting Points” page to see suggested story prompts and the digital tools we used.)

Many student projects were highly visual and several pushed the boundaries of what might be called traditional journalism, including this digital op-ed booklet, this StoryMap of a refugee’s journey from Afghanistan to France, and this Piktochart script for a comedy news show called “Skittles or Nittles” (a kind of teen homage to @DonaldTrumpJr).

Stories on the camps and on a soccer game between ASP and Claver students were co-published on ASPire, the student news website. But it was the non-traditional stories, maps, infographics, photos and even recipes that really gave insight into what it meant to “sleep rough” thousands of miles from home.

Because this was a pop-up project with a short timeframe, we wanted a publishing platform that would facilitate rapid design and publishing with a minimum of coding. So we chose Wix, which generally worked well but allowed only one webmistress/master at a time. Not great.

That said, the Wix mobile app has some neat features, including real-time analytics and live chats with visitors. While we didn’t have time to explore those in full, next time it would be interesting to respond and react to what your audience is thinking while you are creating.

Beatrice Motamedi is executive director of Global Student Square, based in Oakland, California. She served as journalist-in-residence and teacher/adviser at the American School of Paris last fall. 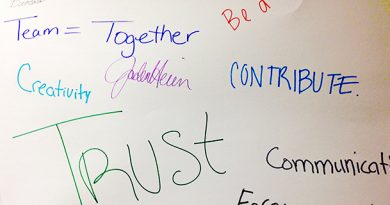 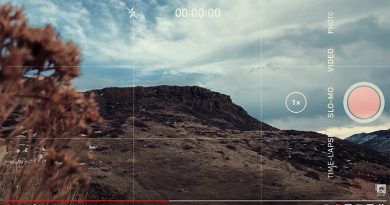 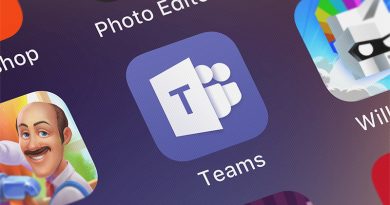 How to Use Microsoft Teams for Team Collaboration and Communication