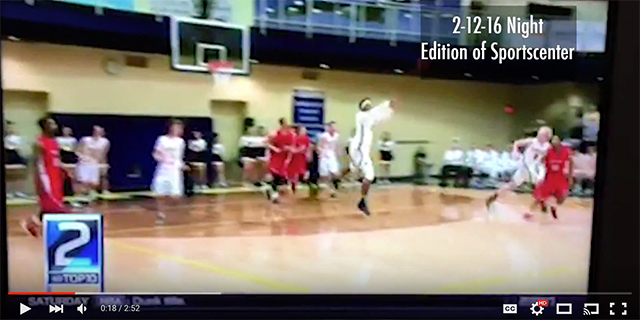 For several days before Courtwarming, we’d been having trouble with the fiber connection in the gym back to our studio. We’d only had one camera for the pep rally, and we’d anticipated the same for the game. But my Niles Media tech, Jeff Knold, was able to get the floor camera up and running just an hour before the game started. We got our crew in place and went live to our TV channel in Liberty, as well as live streamed on our website.

As time ran down on the 1st half, we were down by 6 to a team we’d previously beaten by 20 just a week or so earlier. You could feel the frustration from the players and the coaches. With about 2 seconds left, senior Michael Hughes heaved a desperation shot from the free throw line across the court and it went in as time expired at halftime. Bedlam ensued on the court, in the stands and in the studio. I asked my sophomore boy who was running the replay machine, “Did you get it?” He rewound the footage, and yeah, he got it on replay. I had two camera people working: a junior girl running the top camera, who didn’t follow the shot because she “thought it wouldn’t make it” and a freshman girl working the floor camera, who followed the shot because “why not? I wasn’t doing anything else.” Freshman girl on the floor camera was the one who got the shot.

We then downloaded that video, and John Sprugel of Niles Media called the ESPN assignment desk, who said to send it in. We sent the video about 9:45 pm. About 11:30, I got a text that it was going to be on ESPN Sportscenter Top 10 at midnight. It ended up being #2 for the night. It was measured at 75 feet.

The whole thing was interesting process: from not even having a working camera earlier, to the basketball player throwing up an improbable shot, to the girl who followed the shot, to the boy who was paying attention to get it on replay—so many things could have gone wrong and we could have missed it altogether . It has been a great experience for my students, who have been honored at the school board meeting, and a great boost for the program.

My students worked really hard for three days to get this together for MIPA contest:

Sites that host photos and allow you to sell them

Research project on high school broadcast and video motivated by outstanding college students, like Miles Doran, who got their start in high school programs 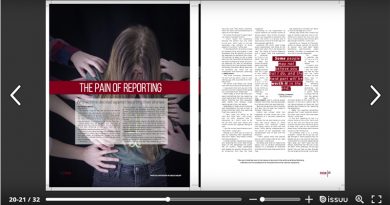