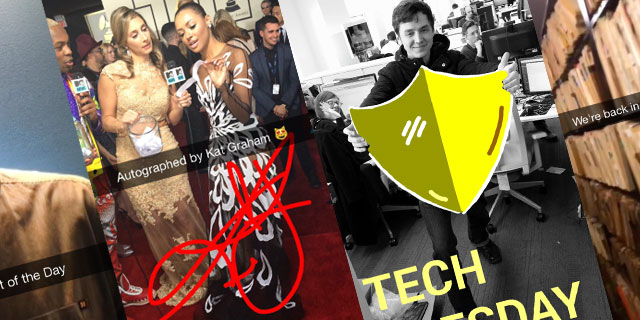 I held out for a while, chalking Snapchat up as another fad that would come and go. However, the data shows Snapchat isn’t a fad and its new update leads me to believe it’s going to be here for a while. It’s for these reasons below, and a few others, that I think journalism educators need to make an account and start snapping.

1. THERE IS A LARGE, ENGAGED AUDIENCE THERE – Snapchat is a big part of where teens are communicating today and journalism teachers should have a working knowledge of the medium. It’s one of students’ main forms of communication and it’s evident Snapchat has a large number of high schoolers interacting with it on a daily basis. Check the data, whether it’s Chris Snider’s numbers from polls he has conducted with his first year college students, the Atlantic’s charts here from June of 2014, this Statista chart ranking Snapchat as the third most popular social network among Millennials, or simply speaking with students in class.

I’m not saying you need to venture into every realm your students are in, but when the percentage of students using it hits a critical mass, it’s something you should explore — especially in this digital age when digital communication is such an important part of everyday life. Did you check out Flappy Bird or Trivia Crack because students were talking about them?

I’m sure one of the things keeping many educators from checking out Snapchat is stories about how the medium is only for posting obscene photos. I’ve been on Snapchat pretty heavily for a few months now and haven’t seen one inappropriate image like those everyone is worried about. From my experience, teens’ public posts on Snapchat consist of: 70% ridiculous selfies, 13% snaps of their pets, 10% snaps of food/eating, 4% snaps of their pets eating and 3% other stuff.

2. GO TO WHERE YOUR AUDIENCE IS – In my journalism classroom I am always talking to my students about going to where their audience is rather than sitting back and waiting for the audience to come to them. It’s why I pushed them to have a Facebook and Twitter presence years ago. It’s why they deliver newspapers each month to every classroom in the school. It’s why I encourage them to be visible at school events.

For my students, Snapchat is another chance they have to engage their audience in mass, to connect with readers — and even report the news. One of Snapchat’s main features is the Snap Story. It’s where users share their stories and make them available for up to 24 hours. As a journalism teacher, I’m working daily with my students to tell their stories in a variety of media. Snapchat is just another medium — with a very large, engaged audience.

Skeptical about Snapchat and journalism? I was too until I went to an Online News Association conference last Fall in Chicago and heard Masuma Ahuja, a reporter from the Washington Post, talk about how they use Snapchat (find them on Snapchat at WashingtonPost and at PostPolitics). I figured if the Washington Post is using it — it’s probably good enough for my high school journalism program.

3. FIND OUT HOW TO BEST TO LEVERAGE THE TOOL FOR YOUR NEWSROOM – For me, social media is an integral part of the curriculum and something I work with my students on daily. After I took the time learning what Snapchat was and how to use it (which, by the way, happened by having one of my students sit down and teach it to me), it became a matter of how I could help my students and the classroom benefit from it. It could be a way for the staff to show what goes on daily in the newsroom and on assignment. It could be a way to document each day and big events in the school. It could just be a new way to profile individuals in the school — in the form of Snap Stories. While my staff is still working out what they want their account (fhntoday) to focus on, they have added Snapchat as another tool in the team’s social arsenal.

4. SNAPCHAT’S ‘DISCOVER’ FEATURE ALONE MAKES IT WORTH YOUR TIME – Newly launched in January of 2015, Snapchat’s Discover page should be reason enough for journalism teachers to give the app a test run. By swiping left from the stories page, users are treated to bit-sized multimedia news stories from 12 different outlets ranging from CNN and ESPN to National Geographic and Vice. The addition is a great one that expands Snapchat’s functionality and brings news to the large millennial audience that engages there. While Discover is a great part of Snapchat, it alone won’t give you the full experience of how people are using the app. If you’re wanting to get on there and worried about who to follow, here are some non-teenager accounts to get you started. The following are all usernames you can search within the app and follow:

5. WE MUST KEEP CURRENT WITH THE EVER-CHANGING DIGITAL LANDSCAPE – As journalism teachers, it’s imperative we keep up with the ever-changing digital media landscape if we want to prepare our students for what’s to come after high school and if we want to keep our programs relevant. I think 2015 is going to be the year Snapchat sees major traction in terms of another storytelling medium and journalism teachers need to be at the front end of that trend.

I’d love to hear your thoughts on Snapchat in the comments below or feel free to add some other great accounts to follow. 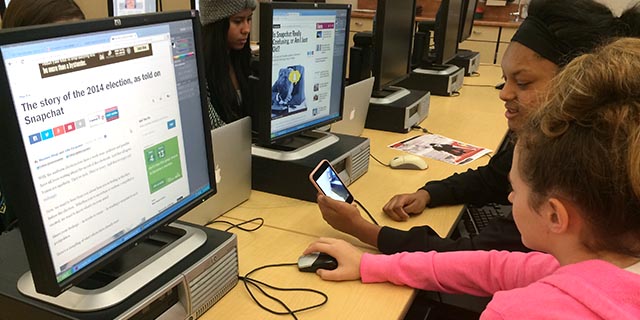 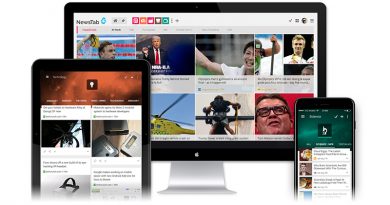 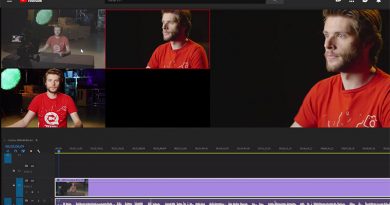 Looking to edit a multi-camera shoot with Adobe Premiere? Here’s a video to help save you a lot of time.

2 thoughts on “5 Reasons Journalism Educators Need To Be On Snapchat (BTW, the Washington Post is)”