As scholastic media staffs begin integrating the web into their everyday routine, it’s becoming more and more evident that to be most effective, school programs should not be seen as individual mediums, but as a media program.

I have created a sample combined editorial policy and am sharing it for you to use as a starting point for discussion at your school. My staff has been working the past two years on a combined editorial policy and editors currently are looking at a final draft to vote on in the coming weeks. It looks pretty similar to the one I am sharing here today. While this policy was largely developed through their discussions the past to years, there are many others to note as well. I have worked in some of the digital media aspects staffs of 2011-12 need to consider and John Bowen, JEA Scholastic Press Rights Chair, gave considerable guidance to drafts throughout the process. Even SPLC Executive Director Frank LoMonte was consulted about the comment policy.

The approval policy of online comments is a much discussed topic as policies form. Here is what LoMonte had to say:

“The New York Times and the Washington Post have the two smartest teams of lawyers and editors in the world, and they’ve come to opposite conclusions. The Times is a review first/post later system and the Post is a post first/takedown later system. So there’s no industry standard or consensus.

I think the decision ought to be made in accordance with what makes the administration most comfortable and most likely to approve the website, because there is such institutional resistance to going online. If advance screening is a bargaining chip that you can use to get online, then it’s certainly a journalistically validated process (see NYT) and I don’t think it offends the First Amendment any more than picking-and-choosing among letters-to-the-editor does.”

In addition to those individuals, the JEA Model High School Student Media Editorial Policy was used, as were numerous other editorial policies to create this one which should serve as a starting point for staffs looking to combine their policies.

If you have thoughts or suggestions for the policy or questions about it, continue the discussion in the comments below.

Maestro on Steroids: A newspaper and yearbook planner for the digital age 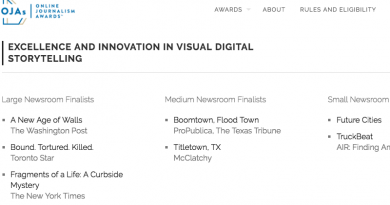