In a perfect world, I wouldn’t need to write this post. Students would have consistent usages for names like Will and William from the start. All names would be checked and verified before being indexed. And there would be no name-tagging errors.

As it is, running the first version of the index could be one of the most depressing days of the year in a scholastic journalism room. Staffs get to see lots of errors they could have avoided and now can do nothing about. Cleaning up the index is often done though to put misspelled names where they belong and to combine formal names with those that the student actually goes by. The process takes hours — sometimes days.

My staff found a way to make the process go much more quickly this year by using Google Docs.

The process for them starts with Indesign. They use Indesign’s built-in indexing software to tag names, clubs and businesses in the book. Once it is done, they run the index.

The old way
Once the index was run, the staff would place all the names in indesign, print off the 29 pages of work, and then sit down and fix things with pen and pencil. Once they combined entries and moved others around, one person would sit down on the Indesign file and do corrections. Generally, they would trade off every 30 minutes or so as the procedure was a very slow, tedious one.

The new way
Yesterday, the index was run and immediately copied from Indesign to Google Docs with a simple copy/paste procedure. The staff then sat down as a group with the printout of indexed names. Each person took two pages and as a group they did an initial cleanup of the index with pen and pencil that took 35 minutes. Those 29 marked up pages were then distributed to a few of the editors. The editors who were given the marked up pages were then shared on the Google Doc file. Instead of one staffer being stuck with fixing all of the errors, multiple people could be working on fixing the file at once. They could work on it in class. They could work on it from home. They could work on it from Starbucks if they wanted. The procedure took hours of work off the process and helped to spread the work out a bit to keep everyone a bit more sane in the final hours of the book. 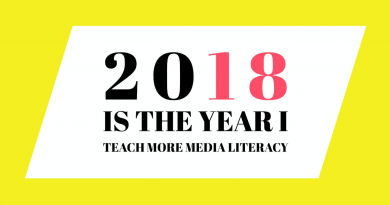 How I’m surviving my first year as adviser: The Final Month